Re-Presenting the Past: Currier & Ives 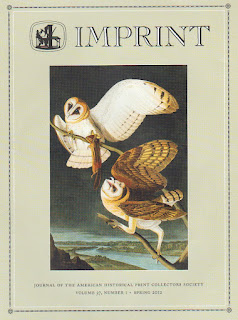 In past blogs (for instance in the blog on print journals) I have written about the American Historical Print Society’s excellent magazine Imprint. This journal always contains articles of interest, but the recent Spring 2012 issue has an article of special note to me, Hazel Brandenburg’s "Re-Presenting the Past: Currier & Ives in 1920s America."

This well considered article looks at the role that Currier & Ives played in the American public’s consciousness in the 1920s. I have written several times over the years about how my particular fascination with antique prints concerns their role as cultural artifacts, both how and why they were made and how they were understood and used by the public. Dr. Hazel Brandenburg’s article takes this exact approach.

The decade of the 1920s was “a time of significant social disruption occasioned by the broad sweeps of urbanization, technological change, and the development of a new powerful mass culture.” (all quotes are from Brandenburg’s article in Imprint, Volume 37, No. 1) This general social unease led to a turning away by the American public from foreign influences and the “promotion of all things American.”

This social focus on Americana, though, was not on the unsettled and confusing modern America, but rather looked to America of years gone by. “Uncomfortable with the present and anxious about the future, Americans turned their eyes to the past—-or at least to a particular vision of an American past that seemed more authentic, uncomplicated, and pure.”

One of the reflections of this societal concentration on early America was an increase in interest in American antiques, where Americana collecting came to seen as “a patriotic endeavor.” 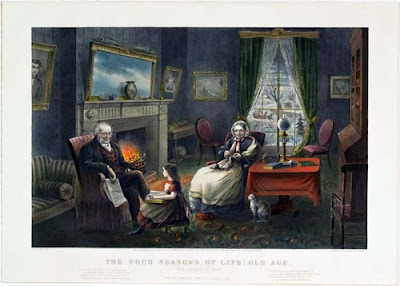 And what could be more an exemplar of American history that Currier & Ives prints, which “were the epitome of Americana; overwhelmingly American in subject matter, produced by American craftsmen, and displayed in American households, there was nothing else so distinctly American in the mind of many collectors.”

In the 1920s, there was a surge in interest in Currier & Ives prints, with these paradigm pieces of Americana increasingly being listed in shop inventories, advertisements and auctions, some of the latter of which almost exclusively consisted of this firm’s output. 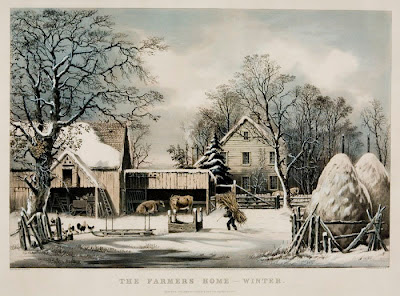 The American public seemed to love these lithographs where “the scenes depicted in these prints provided direct visual ‘evidence’ of a simpler and happier American past.” And while the general trend at the time was a focus on the very early period in American history, the mid to late nineteenth century Currier & Ives prints still seemed to fit the bill for what the public wanted. “Although in actuality most of them were produced well after the ‘early American’ period being celebrated by collectors during this period, they seemed of a piece with the earlier furniture and accessories so eagerly sought after.”

This is all clearly and insightfully explained (in much more interesting detail) in the Imprint article, and this is just the type of thing I find fascinating. The article, though, resonated with me especially in the way it rings sympathetic notes with research I had done on an analysis of the differences between the Original and New Best 50 Currier & Ives lists which had been made-up, respectively in 1932-33 and 1991.

In the article I wrote based on that analysis (In Currier & Ives. The New Best 50. American Historical Print Collectors Society, 1991), I looked at the differences between the types of subjects that were popular with Currier & Ives aficionados from the 1930s and those from six decades later. I think many of the same feelings Brandenburg’s article discusses for collectors in the 1920s were still active in the ‘30s, and her work shines new light on what I had found previously. 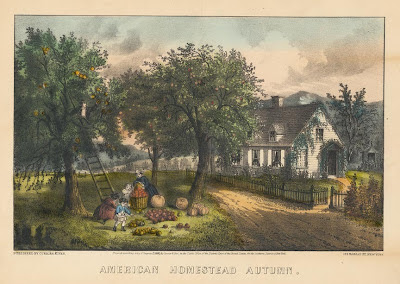 One of the conclusions I came to was that general American “scenic” prints (scenes of charming houses in the woods or country and that type of thing) were the most popular type of prints in both periods. I think that the nostalgia of the 1920s for this idyllic, sylvan life-style is still present with Americans. Our forefathers never, of course, had such a simple and pleasant life, but this ideal image is clearly as strongly embedded in our national consciousness today as it was almost a century ago. 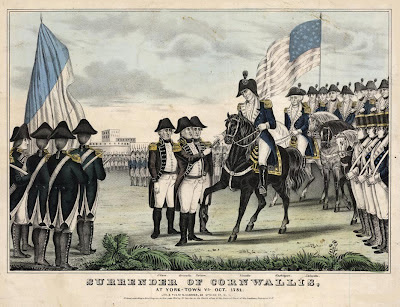 In contrast, perhaps the biggest difference between the lists from the different periods I noticed was the popularity of American historical prints with the Original lists compared to their singular lack of popularity in the New lists. 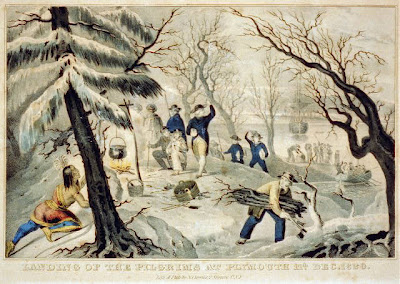 When one looks at which historical prints were in the Original list, the vast majority were from the distant American past, not the more recent past, and even more interesting, their subjects were of events that took place before the Currier & Ives firm was producing prints, not those they issued on contemporary events. 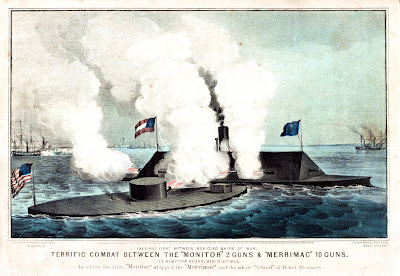 For instance, there was only one war print in this list from those the firm issued contemporary to the events shown. There were none from the Mexican-American War and only one of the Civil War image “Terrific Combat Between the Monitor…and the Merrimac,” even though Currier & Ives issued many prints of both wars during the conflicts. Instead, most of the prints were from the American Revolution, e.g. “Washington Cross the Delaware,” “Cornwallis Is Taken!”, or even earlier, for instance, “Landing of the Pilgrims.”

Brandenburg’s article, I think, helps explain why these Revolutionary War and early American history prints were so popular early in the twentieth century. As she wrote, “Uncomfortable with the present and anxious about the future, Americans turned their eyes to the past—or at least to a particular vision of an American past that seemed more authentic, uncomplicated, and pure.” It was the early settlers and the founding fathers who expressed in clear terms what American was about, not the complicated issues and uncertainties of the Civil War, so it was these idealized prints which fit the American public’s mood at that time.

Today, in contrast, I think that while we still have an idealized vision in our heads of what life was like in the simpler past, we no more see the founding of this country as such a clear-cut noble and pure event. Instead, the approach to our history that most collectors have today is for authenticity rather than nostalgia. 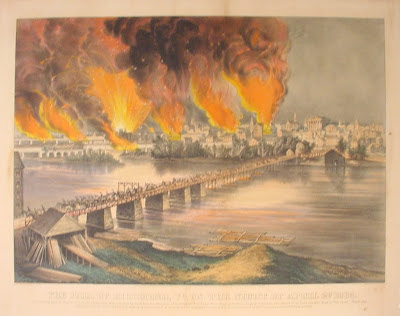 Today, collectors want, as much as possible, contemporary and accurate images of American history, not idealized images drawn by commercial artists a century after the fact. Even those prints by Currier & Ives which copy contemporary images have much less appeal as they add nothing to the original prints. It is interesting that the only historical print to make the New Best 50 small folio list was a contemporary print from the Civil War, “The Fall of Richmond, Virginia.”

There is much more to chew on by looking at tastes for Currier & Ives prints now, early in the last century, and of course at the time they were issued. Hazel Brandenburg’s "Re-Presenting the Past: Currier & Ives in 1920s America" is a really nice addition to the literature on this subject and well worth a read.