In the previous two blogs of the series "Shaping the Trans-Mississippi West," we looked at how two huge areas were added to the United States between 1840 and 1849, the Oregon Territory and the Mexican Cession. While these were the most important developments in the country in this period, there was some redrawing of borders in the northern part of the original Louisiana Territory during this decade. 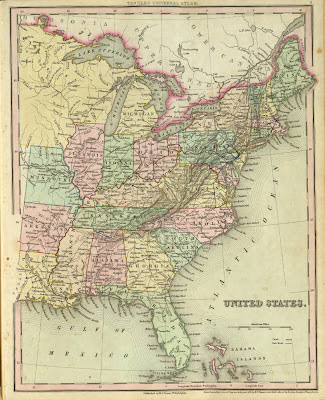 That development had its origins almost as far back as the Louisiana Purchase, with the creation of the Michigan Territory in 1805. This territory was originally carved out of the lands that lay north of the Ohio River and east of the Mississippi River, what was called then the Northwest Territory. In 1834, that part of the Louisiana Purchase between the Mississippi and Missouri Rivers, to the north of the state of Missouri became attached to the Michigan Territory. This area included all of today’s Iowa, Minnesota, and the eastern parts of the Dakotas. 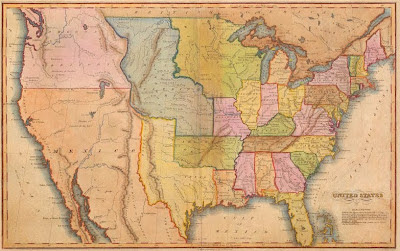 Two years later, in 1836, the western part of the Michigan Territory was organized as the Wisconsin Territory, in anticipation of the remainder of the territory becoming the state of Michigan in 1837. 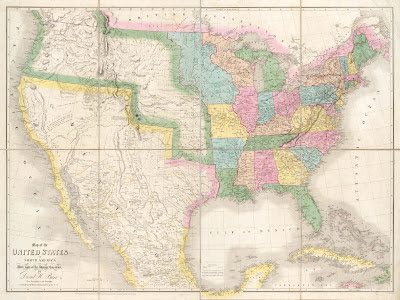 In 1838, this territory was broken up so that only those lands to the east of the Mississippi River remained as the Wisconsin Territory, the western section being created as the Iowa Territory. 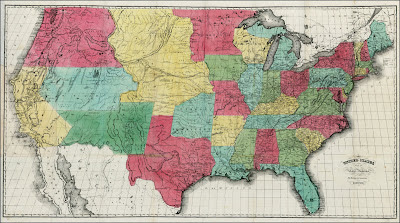 Settlers had begun to pour into the Iowa Territory in the early 1830s and by the beginning of the next decade there was sufficient population in the southern part of the territory to warrant creating a state there. Iowa was admitted as a state in 1846, in part to balance the admission the year before of the slave state of Florida with a new free-soil state. The remainder of what had been the Iowa Territory, those lands north of Iowa lying between the Mississippi and Missouri Rivers, together with the northwest part of the Wisconsin Territory which was left over when the state of Wisconsin was created in 1848, become the Minnesota Territory in 1849.

The creation of the Minnesota Territory was the only official political change in the trans-Mississippi West east of the continental divide in this decade. However, this period did see the beginning of a movement to create a new territory which would see fruition in the 1850s.

With the increased emigration of Americans to Oregon Country and California beginning in the 1830s, there was concern in Washington of the need for the development of the lands through which the emigrants would have to pass on their way from the Mississippi River to the Rockies. The necessity of a military presence for protection, a formal government structure for laws, and settlers to help feed and house the emigrants made it evident that a new territory was needed across the midsection of the vast Indian Territory which had been created in 1834. 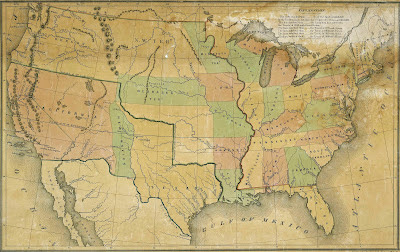 The name for this proposed territory was to be "Nebraska," a name first used by Fremont to refer to the Platte River, which was for much of its length a main route for the emigrants. "Nebrathka," was an Otoe word for 'flat water' and was used by them as the name for the Platte. A bill to create the Nebraska Territory was introduced in 1844, with another put forth in 1848; both failed at this time because of the sectional differences between North and South. It would take many years before these differences were able to be overcome.

Go to next blog in this series, on political developments in the 1850s.