I seem to be a bit behind once again on posting about a terrific print exhibit, Philadelphia on Stone, which opened last month... I did mention that this exhibition was coming when I posted a blog on The Library Company of Philadelphia, but forgot to make a new post once the exhibit actually opened. My forgetfulness has nothing to do with what I think of the exhibit, for I think this is one of the best exhibits on 19th century American lithographs I have ever visited. 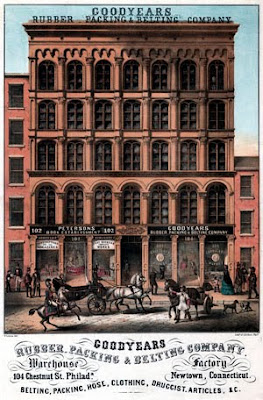 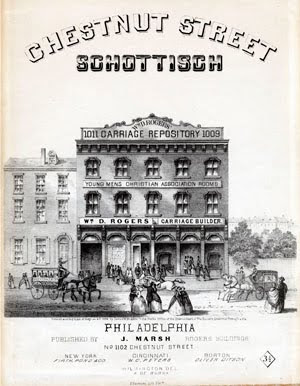 This exhibit is part of a larger collaborative project headed by the Library Company, under the direction of Erika. Besides this exhibit, the Philadelphia on Stone project is embarked on making a survey of eight institutional collections--the Library Company, Historical Society of Pennsylvania, the Atwater Kent Museum, the Athenaeum of Philadelphia, the Free Library of Philadelphia, the American Antiquarian Society, the Library of Congress, and the Smithsonian Institution--for lithographic views of Philadelphia in this period. This survey will soon result in a digital catalog, available on-line, of these prints. Other parts of the project include a biographical dictionary of Philadelphia lithographers and a forthcoming book on the subject (for which I have contributed a chapter). For more information on this project, and to access the digital resources as they become available, visit the Philadelphia On Stone web site. 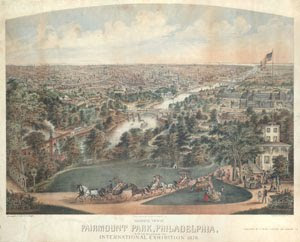 Let me once again highly recommend visiting the exhibit, which is running through October 15, 2010. It is visually captivating and intellectually stimulating. I consider myself something of an expert on the topic, but I learned an amazing amount as I went around the exhibit. In the last decade or so, there have been more and more scholarly projects on the history of American prints and this exhibit, and the related project, are superb examples of this exciting trend.
Posted by Chris Lane at 8:00 AM