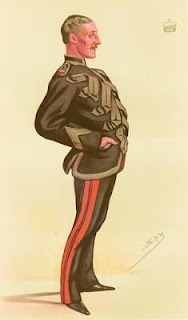 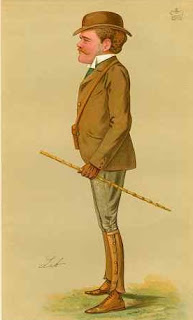 I recently watched an episode, "They Do It With Mirrors," of the PBS Masterpiece: Mystery! series based on Agatha Christie's work. In one bedroom scenes there were two prints hanging on the wall which were immediately identifiable as caricatures from Vanity Fair. This was quite appropriate, as these prints are among the most commonly found prints hanging in homes in England and are also found in quite large numbers in this country. You will see these distinctive portraits hanging in simple black frames in homes and offices all over. These prints are probably familiar in appearance to most readers of this blog, but the history of these prints might not be so well known.

The prints in question are humorous caricatures of figures from the late nineteenth and early twentieth century. They were issued in Vanity Fair, which from 1868 until February 5, 1914, was a weekly magazine of social, literary and political content, published to the delight of Victorian and later, Edwardian England. Most popular of its features were these wonderful full page caricatures of famous men and women of the day, prints that remain Vanity Fair’s great legacy. 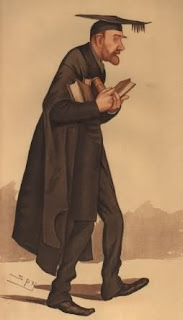 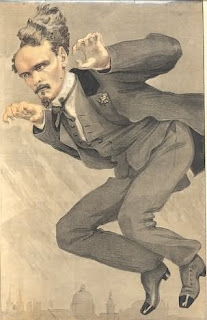 Early on, in response to a charge by The Daily News that Vanity Fair caricatures were devoid of humor, Thomas Gibson Bowles, founder, owner and editor until 1889, described the caricatures which appeared in his magazine; “There are grim faces made more grim, grotesque figures made more grotesque, and dull people made duller by the genius of our talented collaborator ‘Ape’; but there is nothing that has been treated with a set purpose to make it something that it was not already originally in a lesser degree.” To publish with these visual caricatures, Bowles also wrote the accompanying biographical commentaries under the pseudonym ‘Jehu Junior.’ Bowles’ goal in writing these epigrams was to reflect in prose that which was presented graphically. 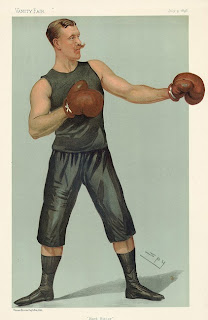 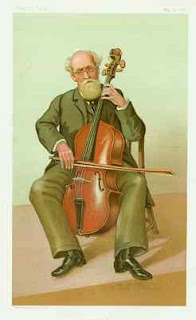 The prints from Vanity Fair are printed by chromolithography and they range in subjects from Kings and Queens, to scientists and artists, authors and sportsmen, lawyers and politicians, and figures from pretty much all other types of occupations. There are some very famous figures (such as Winston Churchill, Bernard Shaw, P.T. Barnum) and a large group of now virtually unknown "Men of the Day." Some of the images are fair staid, but many have a delightful verve and humor. 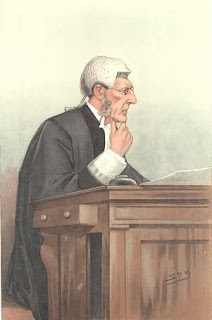 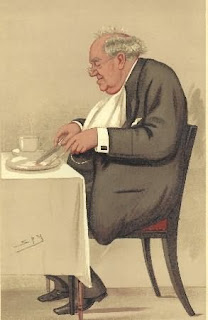 These prints are often called "Spy" prints, because many have that signature in the image. Spy, however, was the pen name for Leslie Ward, who was the artist who drew more of the Vanity Fair caricatures than any other artist (his portrait is below, on the right). Carlo Pellegrini (whose portrait is below, on the left), used the pen names of "Ape" or "Singe" or "JTJ," and he was the other artist whose work appears most commonly in Vanity Fair prints, but other well known artists' work also appears in these caricatures, including images by Max Beerbohm, Thomas Nast, and James Montgomery Flagg. 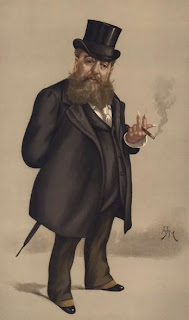 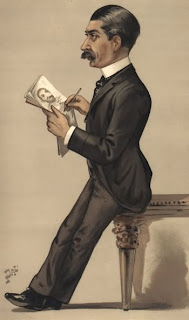 Here is a listing of the artists whose work appeared in Vanity Fair, along with the signatures they used: