In a previous blog, I talked about how what I call the “value rankings” of prints with different subjects determines the difference in price between those prints all other things being equal. As I noted, rarely are all other things equal and today we’ll look at one factor besides the value ranking that can play a very large role in determining the price of an historic print. The value ranking of a print has to do with the public demand for its subject matter, compared to other subject matters; the value factor I will look at today relates to the print’s historic context. That is, prints which have a close connection of some sort with their subject matter will be worth more than those for which the connection is less close. 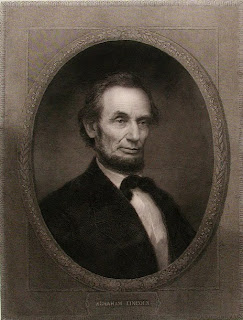 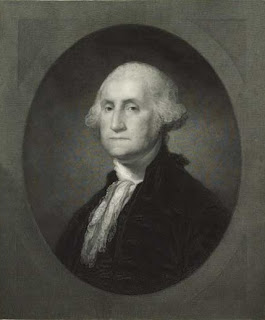 Similarly, a print of the American Revolution issued in the eighteenth century will be worth several times more than a similar image from the mid-nineteenth century. And even though the Civil War does not generally have quite as high a value ranking as the Revolutionary War, a Currier & Ives print of the Revolution is worth less than a similar one of the Civil War. The former is historical and the latter contemporary. And, even though the Revolution has a much higher value ranking than the Mexican-American war, Currier & Ives prints of the latter conflict, issued contemporaneously, are worth more than the firm’s prints of the war which took place a half-century before they were issued. 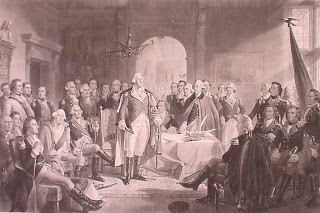 This is not to say that any “historical” print (one showing a subject from the past) cannot have its own important connection with its subject. For instance, while portraits of Washington have always been popular, there was a flurry of such prints published in the 1850s and ‘60s. This was because as the conflict between the slave and free states began to heat up, George Washington came be used by those in the North as a symbol of Union. The first President was a man who believed above all else in holding together the country he helped found and those in the North used images of Washington to represent his ideals of Freedom and Union. Of course, it also a nice irony that Washington was himself from the South. 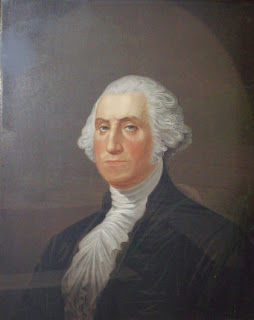 Thus the prints of Washington issued just before and during the Civil War have their own connection to their subject. Not one of contemporaneous time, but one of Washington as a symbol with great relevance to those in the country in that turbulent period. Contrast this with a very late nineteenth or early twentieth century print of Washington. Washington was still a symbol as “Father of his Country” but this was not something that touched Americans as deeply at that time as it had half-a-century before. Washington’s image became almost pro forma, something felt about deeply as we feel the meaning of the American flag today when we see it used as a backdrop for a political advertisement. Lots of people around the turn of the century still wanted images of Washington for their school, home or office (as they do today), but these prints are pretty much iconic, without the specific, deep-felt meaning of Washington prints in earlier times.

What all this means is that while the mid-nineteenth century prints of Washington do not have the same historic connection as life-portraits, they still have an interesting connection with Washington that gives them extra value, over that of a later nineteenth-century portrait. So where a life-portrait of Washington might be priced at over $1,000, a mid-19th century print will be in the mid-hundreds, and ca. 1900 print probably around $100 (all other things being equal….). 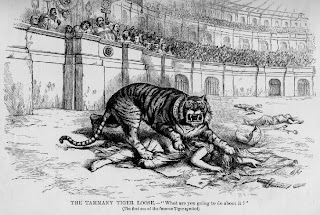 There are other ways in which prints can have important historic connections with their subjects. They can be commissioned by the subject or someone with a direct relationship to the subject. They can be images which had a part in history, for instance campaign posters or political cartoons which had an impact on American political life. The prints can also be drawn by a participant in or direct observer of the event depicted, or someone who was directly connected with it, for instance as with John Trumbull’s prints of the Battle of Bunker Hill and the Declaration of Independence. 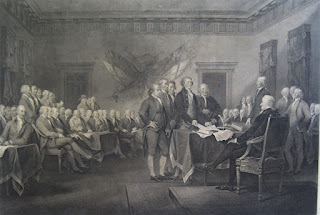 Generally people who purchase historical prints like them because they let the viewer make some sort of contact with a past event or person. The more closely the print is connected to its subject, the closer we feel to that subject, the more we feel like we are really “seeing” that person or event in a meaningful way. Thus those prints which we think are closely connected to their subject are (all other things being equal) worth more than those for which the connection is felt to be more distant. This value factor does, of course, apply mostly to historical prints, so in a future blog we’ll talk about other factors determining value for prints other than strictly historical ones.

Click here to go to next blog about pricing prints.
Posted by Chris Lane at 8:00 AM