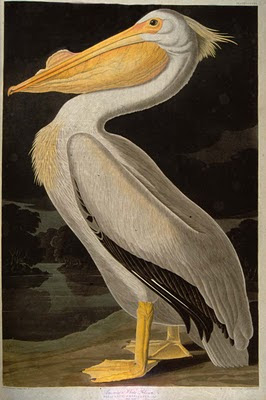 On December 7th, a beautiful, complete copy of John James Audubon's Birds of America sold at Sotheby's auction in London for a hammer price of 6.5 million pounds. With the commission charged by Sotheby's, this brought the total paid by the buyer to slightly over $11.5 million dollars! The work, complete with its 435 hand-colored aquatints bound into four volumes, sold to London art dealer Michael Tollemache. You can read the BBC report on the sale and watch an interesting video on the BBC News web site. 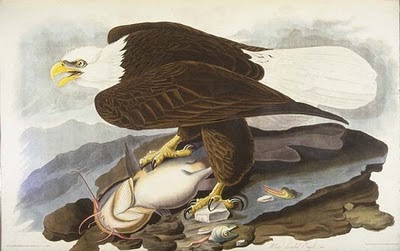 This is the most ever paid for a printed book, a record established both because Audubon is "the" great name in American natural history illustration, but also because this is a superb example of an extremely scarce book. Audubon's masterpiece was very expensive even when produced, so few were published. Just over 100 complete sets are known to exist, almost all of which are held in public institutions. The last complete set to go at auction sold for $8.8 million dollars in 2000. 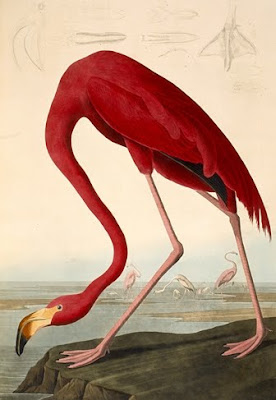 It is interesting to note that when one takes into account inflation since 2000, the new record of $11.5 million is not a significantly higher price than was paid for the set a decade ago. So, I guess one can conclude that the value of this work is not really increasing that much. However, I would note that the economies of 2000 and 2010 are very different, so for the volume to even maintain its value is pretty impressive. 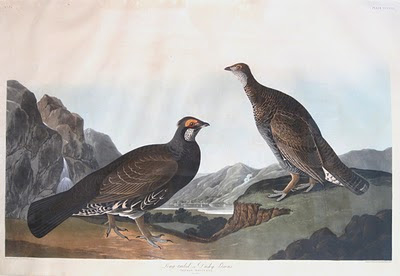 A sale of this magnitude is interesting to reflect upon. What is going to happen to this set? Will it affect the prices of individual prints? What does this say about the print market? 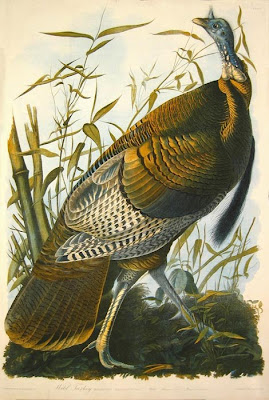 As to what is going to happen to the set, the new owner calls his set "priceless" and says that he will just keep it and enjoy it for a while, though he did not rule out eventually selling it. Frankly, I do not buy this (though it could, of course, be true). $11,500,000 is a lot of money for any dealer (unless Bill Gates decides to become an art dealer) to invest in something he is simply going to enjoy. My guess is that Mr. Tollemache already intends to sell or has already sold the set. 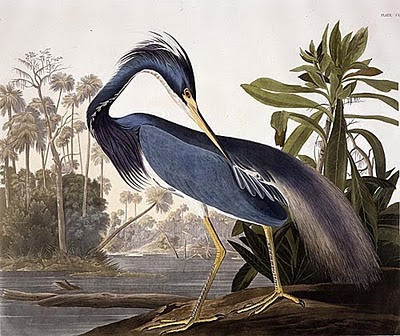 So, did the new owner buy the set with the intent of putting it on the market to see how it goes? I will say that I find it hard to believe the set was bought on speculation. Given that this is a very widely publicized auction price, and given that this is the most ever paid for a printed book, how much upside is there on the price that a dealer could ask? Certainly, even a small percentage, say 5%, is a lot of money ($575,000), but $11.5 million is a lot of money to put up front to make only half a million. 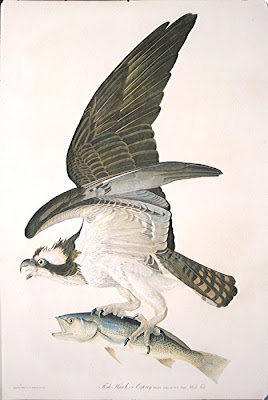 Now Mr. Tollemache made the surprising assertion that the amount he paid was well less than the amount one could get if one broke up the set and sold the prints individually (something his emphatically denied intending doing). This sure sounds a bit like a sales pitch to a prospective client (gee, Tom, just think, if your gold mines go bust you can always break the set and make a tidy profit selling them individually...). 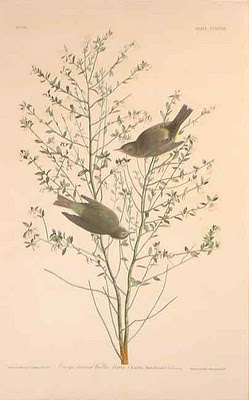 However, Mr. Tollemache's claim is just not true. If one calculates the per print price of this set, it comes to about $26,500 per plate. That seems pretty reasonable when a good number of the better birds are bringing well over $100,000 each. However, if anyone has looked through the full set of Audubon images (you can do this even with the octavo set to understand this point), you will realize that there are a lot of prints of smaller or not terribly attractive birds where the prints sell on today's market for only around $2,000 each. And there are even more of these prints---of quite attractive and biggish birds---which sell for between $4,000 and $20,000, still under the average price of this set. 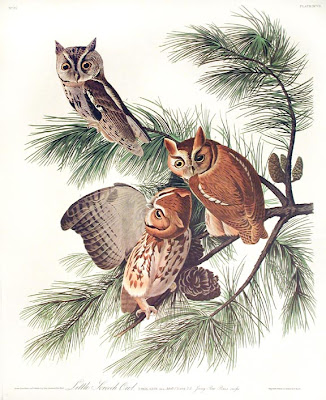 So, if you take out all these prints, the ones selling for under $20,000, the average cost of the remaining birds is much, much higher than $26,500. I have not calculated the exact figure of the 435 prints at today's retail, but I can tell you it will not be equal to, much less greater than, $11.5 million. 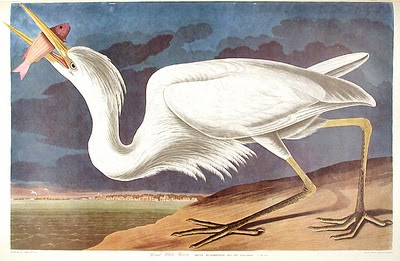 So, this raises a few questions: why did Mr. Tollemache make this implausible claim, what are his plans for this set, and how will this affect the market for Audubon prints? My guess to the first two questions is that Mr. Tollemache actually bid on this set for an unknown client. This would make a lot of sense, for if he is using someone else's money, then a small percentage profit would be great. This would also explain his comment on the break-up value, trying to make his client feel good about the purchase. It is even possible that Mr. Tollemache did the bidding for the client at only a token commission, as the publicity of being the buyer of this set is "priceless." 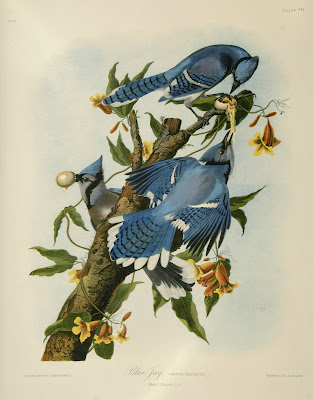 This is, I want to emphasize, pure speculation. I know nothing about Mr. Tollemache other than what I have read since the sale. My comments are also not really at all pejorative, for it would not be at all surprising if a new owner of this work would want to remain anonymous. Also if Mr. Tollemache is fibbing, it is a harmless fib and one of a sort that is not uncommon in the art world. I may be wrong, but it sure makes a lot more sense to me that Mr. Tollemache bought this for someone than that he bought it for himself. 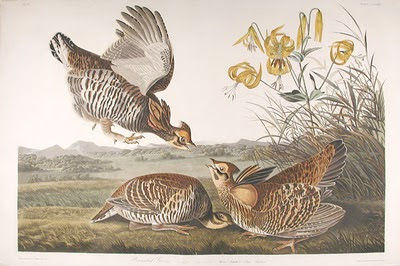 As to how this sale will affect the market for Audubon prints, I think probably not a lot. First, as noted this price is not really that much higher than the 2000 price, when adjusted for inflation, so I do not think anyone is going to think all of a sudden that Audubon prints are worth more than they were. The publicity will increase interest in Audubon prints, but such increased interest does not often turn into an increase in sales/values. For instance, after Ken Burns' Civil War series appeared, there was a lot of increased interest in prints of the Civil War, but very little increase in sales of them. 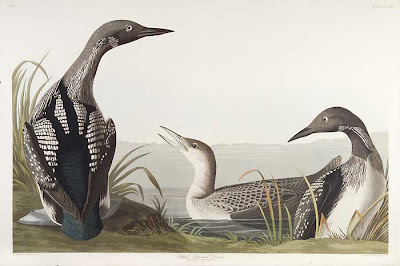 I am, however, encouraged by the sale. Any publicity about an any prints helps raise the general awareness of the items with which I work, and that is great. Also, it shows that there is a belief that prints can be things which have a significant value and that even in today's economy they are worth investing in.
Posted by Chris Lane at 12:18 PM