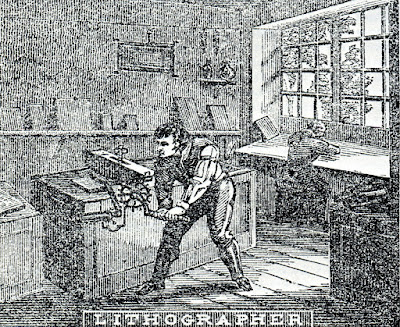 By the middle of the nineteenth century, lithographic publishers were popping up around the country and this provided a new outlet for the artistic and commercial interests of American artists. Without a huge investment, artists could have their images turned into prints and sold to the public and many took advantage of this opportunity. Some of these prints were sponsored by the publishers, some by the artists themselves, and some jointly, but in all cases, it was hoped that these lithographs would sell well, producing profit for all involved. 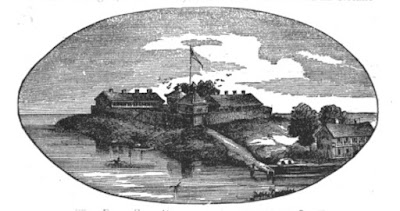 One artist who tried to career path was a Connecticut born artist named John E. Dillingham. Trained as an accountant, Dillingham moved to Chicago about 1852, where he branched out a bit, being listed also as an artist, designer or writer in the city directories. In the March 1857 issue of Chicago Magazine two prints of Fort Dearborn appeared for which Dillingham made the drawing on the wood blocks.

At some point, Dillingham decided to throw his hat completely into the artistic ring, heading out to the region of the Pikes Peak Gold Rush, today's Colorado, and trying his hand at painting local scenes. He may have come with the intent of making sketches for eastern newspapers or magazines, though none are known to have been published. Dillingham traveled around the Front Range trying to sell his work to local businessmen and citizens. At some point he hooked up with John J. Pratt and Bela S. Buell, two local engineers and surveyors, who had been planning to issue a large map of the Colorado gold fields since late 1860. 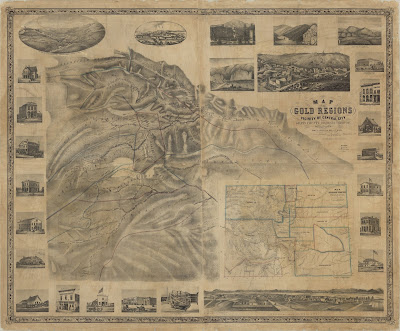 When their map appeared in 1862, it included 27 images around the sides. Twenty of these are images of buildings in Colorado, mostly businesses and one private residence. Most, if not all, of these were based on photographs. These illustrations were paid for by the building owners as promotion for their business or simple prestige. 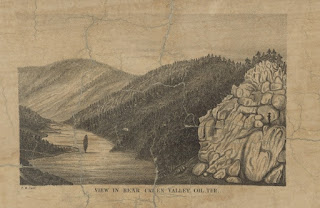 Besides the twenty building vignettes based on photographs, there are seven scenes of Colorado. These were intended in part to help to give an idea of the terrain of the territory, but they were also for sale as separate prints. Four of the images are attributed to a specific artist and the other three are unattributed. The view of Bear Creek Valley gives the artist’s name as “F.M. Case,” that is Francis M. Case, the first Surveyor General of Colorado. As part of his survey work, Case would need to have be able to make drawings of the land to accompany his reports. Case’s image is reasonable, but relatively crude. This matches the style of the three unattributed views on the map, which leads me to think they may also have been drawn by Case. The last three views of Colorado are attributed to Dillingham, and they are of better quality than all the other views. 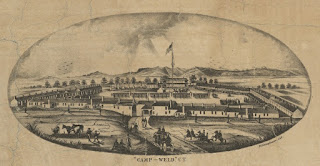 The first image is a small oval at top which shows Camp Weld. This was built in 1861 so that Colorado could raise and train troops for the defense of the Union. 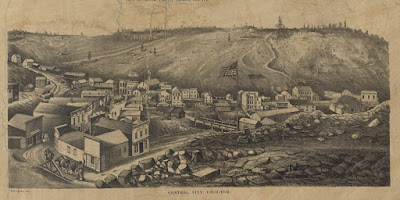 A bigger scene shows the mining town of Central City.

The largest image was at the bottom, a panoramic view of Denver, drawn from a location then just outside of town, today where the state capitol is located.

Dillingham, as an enterprising and hopeful artist, did not simply have his images used as illustrations on the map, but also had them issued as separate lithographs for sale to the public. It does not appear that this effort was that successful, as only two examples are known of his separate print of Denver. 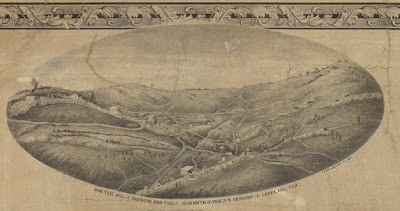 The fluid nature of the market for prints at the time is demonstrated by another image by Dillingham. The first edition of the Pratt and Buell map had only the three illustrations by Dillingham, but a variant edition of the map added a fourth. In place of a building picture and a general view in the top left corner of the map, a new image of "Bob Tail Hill" was put in their place. There had to be some reason this change was made and it likely was a commercial one. It is possible that the owners of the mines shown on Bob Tail Hill paid extra to have the image added, or perhaps Dillingham instigated the change so that he could market a new print. This latter notion gets some support from that fact that this view of Bob Tail Hill was sold as a separate print. 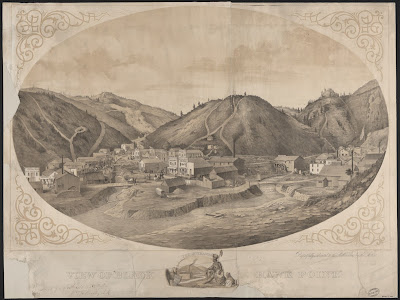 At about the time as he produced the print of Bob Tail Hill, Dillingham was working on another picture of the essentially the same area. This image was never intended for a map illustration, but rather specifically to be sold as a separate lithographic print. In January 1863, a large lithographed view of Black Hawk drawn by Dillingham was lithographed by Charles Shober of Chicago. By March 12, 1863, a local paper was advertising this print as being sold by subscription, and the next month Dillingham announced that he was heading back east to try to find additional subscribers there.

The print shows Black Hawk as a booming community, with many prosperous, well-dressed citizens shown peacefully congregating around the town—-including one woman on a horse and another woman and child pair. Note that many of the businesses have their name displayed on their building. This was a way in which Dillingham could make some money on his print besides simply selling subscriptions. Dillingham would offer to display a business’s name for a fee, and if you didn’t pay the fee, you didn’t get your name in the print. 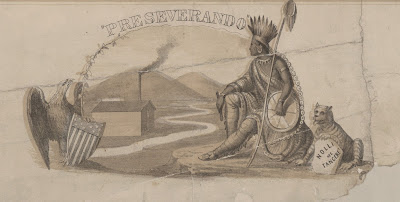 This was not the only supplemental way in which Dillingham was able to get money for this particular print, an interesting story detailed in a Colorado state resolution. On the 1862 Pratt & Buell map of the gold regions, the name of the small community just east of Central City was listed as “Enterprise.” Supposedly three local mill owners, William Lee—-proprietor of the Black Hawk Mill, Fredrick H. Judd—-owner of the Eagle Mill, and Mylo Lee-—who owned the Tiger Mill, all wanted the town to be named Black Hawk Point. So, they are said to have commissioned Dillingham to produce this print with their preferred name prominently in the title. This story is confirmed by the crest in the bottom margin, which contains symbols representing their three mills; the Eagle, Black Hawk and Tiger.

Despite all the ways he tried to make money with his drawings-—by having them used as map illustrations, marketing the prints by subscription, selling naming rights, and getting commissions-—Dillingham does not appear to ultimately have been successful. The last we definitely hear of him is in April 1863, shortly after the Black Hawk print was published, when he announced he would be heading back “for a short trip East” in order to sell subscriptions. He isn’t mentioned again in Colorado, though appearing back in Chicago directories as an artist.