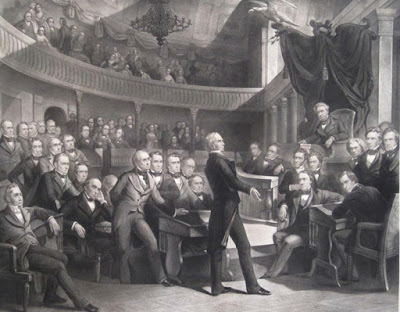 For many important American leaders of the eighteenth and nineteenth century, there was a ready market for quality, life portrait prints. The American public wanted to know what their Presidents, Congressmen, and military figures looked like, so for almost any such figure of note there were quality engraved or lithographed portraits made. Few such portraits, however, were made of important Native American leaders. There just wasn’t a big market looking for a picture of these individuals during their life-times and so not a huge incentive for printmakers to produce quality portraits. 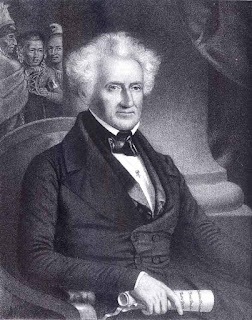 One exception were the portraits done for Thomas McKenney’s History of the Indian Tribes of North America. For this work, 118 portrait prints, based on life-time portraits, were produced in lithography and issued between 1836 and 1844. Thomas McKenney, head of the United States Bureau of Indian Affairs for many years, was a champion of American Indians and fought throughout his tenure to preserve something of their culture, which he recognized as an integral part of the history of the United States. 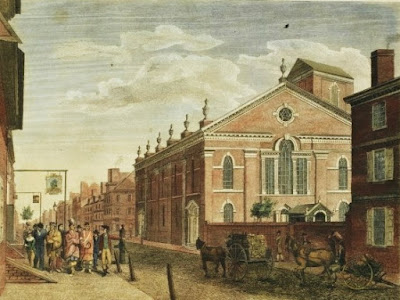 McKenney took office in 1816 and shortly thereafter began to plan an archive which would house Indian memorabilia. In the winter of 1821-22, a large delegation of Indians including representatives of Pawnee, Sauk, Fox, Menominee, Miami, Sioux, and Chippewa tribes came to Washington to see President Monroe. McKenney took advantage of this opportune time to record their likenesses, commissioning Charles Bird King to paint their portraits. To these, more paintings were added in the years following, many done in the field. This yielded an impressive gallery of Indian portraiture which became the centerpiece of the War Department collection of Indian culture and history. In 1830, McKenney was dismissed by President Jackson and began to plan for the publication of a portfolio of prints of these portraits. Working with James Hall, he added text, making the project a true collaboration.

The results of years of struggle, McKenney’s folio was completed in 1836, after four years of printing. Although he was acutely aware that he was preserving a chapter in history, McKenney could not have known that, had he not undertaken this project, no record at all would remain: in 1865, a fire at the Smithsonian destroyed almost all the original paintings from which the lithographs were drawn. The prints, however, do survive, providing us with rare examples of life-portraits of 118 Native Americans, including a number of the most important Indian figures in American history. 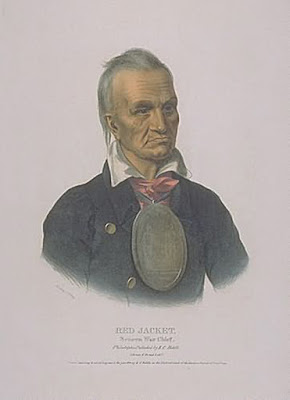 Red Jacket was a Seneca chief and orator who negotiated with the government of the United States after the American Revolution. The Iroquois had sided with the British during the war, so the government insisted that they give up much of their lands in New York. Red Jacket was instrumental in saving what he could of their lands, as determined by the Treaty of Canadaigua in 1794. Prior to the treaty, in 1792, Red Jacket had visited the then U.S. capital, Philadelphia, where Washington presented him with a “peace medal” which was engraved with an image of Washington shaking hands with Red Jacket. This print, after a portrait by Charles Bird King, shows Red Jacket proudly wearing this medal. 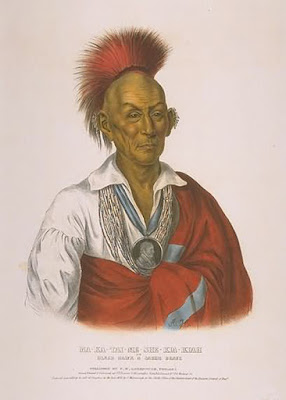 Black Hawk was a war leader of the Sauk tribe in the mid-west. He fought against the U.S. during the War of 1812, hoping to drive white settlers out of Sauk territory. Much of that territory had been granted to the U.S. by some tribal leaders at the Treaty of St. Louis in 1804, but many of the Sauk and related Fox Indians contested the legitimacy of that treaty, so a group led by Black Hawk tried to reoccupy tribal lands in Illinois during the “Black Hawk War” of 1832. Captured by the U.S. military, Black Hawk ended up on a “tour” of the east coast, including a visit to Washington where this portrait was painted. 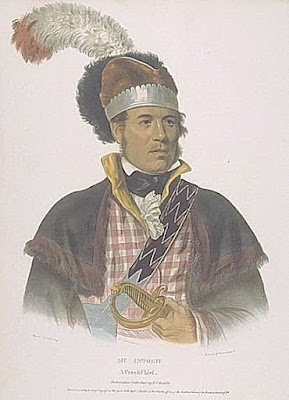 McIntosh was a controversial Creek chief who supported the U.S. efforts to get the Creeks to give up their lands in Georgia. The son of a Scotsman and a Creek woman, he was raised by the Creeks, but was comfortable also in white Georgia society. His involvement in the controversial Treaty of Indian Springs of 1825 led to a sentence of death by the Creek Nation Council, which was carried out in 1825. This print, after another Charles Bird King portrait, shows McIntosh in his Scottish finery. 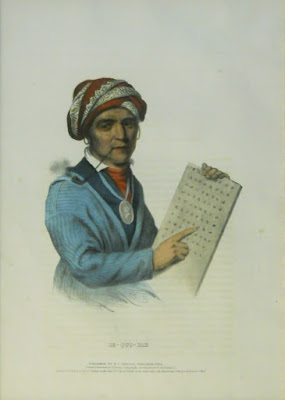 Not a chief or warrior, Sequoyah was still one of the most influential Native Americans of the nineteenth century. A Cherokee blacksmith and silversmith, Sequoyah regularly had contact with whites and he saw how important their ability to write was. He decided to invent a way to write the Cherokee language, inventing the Cherokee syllabary from scratch. It took a while to convince his tribe, but by 1825 the Cherokee Nation adopted his writing system. This portrait after Charles Bird King shows Sequoyah with his alphabet. It was painted in 1828 when he visited Washington and he is shown wearing his peace medal.