With a French Accent 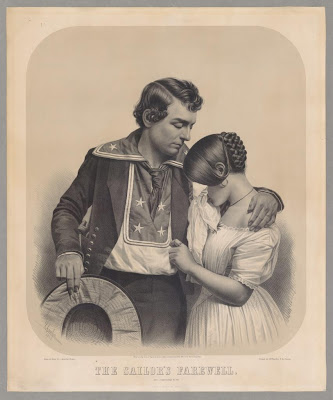 Next week a really interesting print exhibition will open at the Davis Museum at Wellesley College in Massachusetts. Entitled With A French Accent. French and American Lithography Before 1860, it will run from March 14th through June 3rd. On display in the Morelle Lasky Levine '56 Works on Paper Gallery, the exhibition is free and open to the public.

The exhibition is a joint project between the Davis Museum and the American Antiquarian Society. I have written many times in this blog about the AAS, one of the greatest and oldest American institutions with major collections of prints. The Davis Museum brings its own impressive credentials to this partnership. It is one of the oldest academic fine arts museums in the country, founded in 1889. It has an excellent permanent collection of paintings, sculptures, decorative objects and works on paper, and regularly holds fine exhibitions on many topics, including this new one on prints. 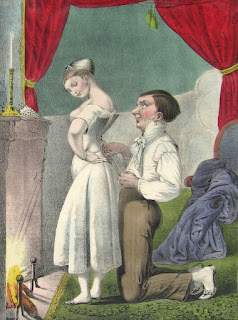 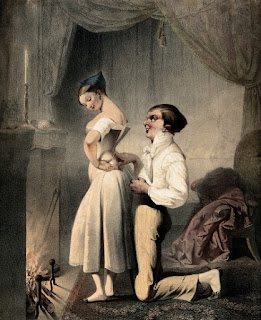 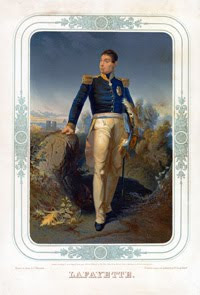 It is curated by Georgia Brady Barnhill ’66, Director of the Center for Historic American Visual Culture, and Lauren B. Hewes, Andrew W. Mellon Curator of Graphic Arts, both of the American Antiquarian Society. As they state, the exhibition, and an accompanying publication, “uncover several themes: the importance of French technology, the circulation and reproduction of French imagery, the stylistic contributions of French lithographic artists, and the reproduction of American genre paintings by French publishers for distribution in Europe and the United States." Note that the latter point shows that the influence, at least to some extent, flowed both ways across the Atlantic. 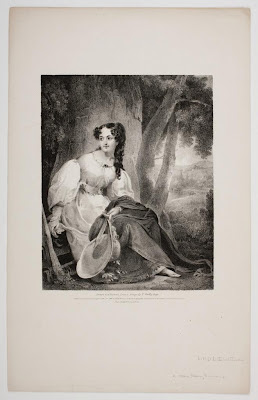 The exhibit opens next week, and I believe the book will be out at about the same time, but of equal interest is the related March 31st symposium, "French and American Lithography: History and Practice," also a free, public event. This will be co-hosted by the Davis Museum and the Center for Historic American Culture at the AAS. The symposium will “explore transnational interconnection, particularly the impact on American lithography of artistic exchange between France and the United States through the 19th and 20th centuries and into contemporary practice."

The symposium will be terrific, but even if you cannot make that, anyone interested in American historical prints should make a point to visit the exhibition at Wesseley.
Posted by Chris Lane at 1:11 PM