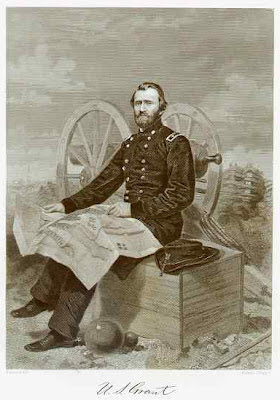 Ulysses S. Grant was probably, after Abraham Lincoln, the most often portrayed Civil War figure in prints of the time. Grant began the war as an obscure Union officer in the western theater, but his victory at Fort Donelson, February 15-16, 1862, brought Grant to the consciousness of the American public, the beginning of a hero status which would reach full flower with the fall of Vicksburg. 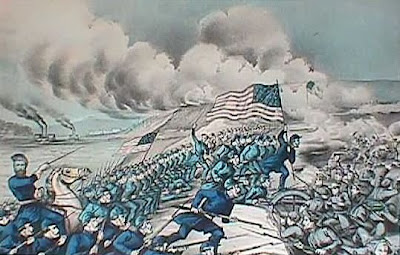 It seems appropriate to do a posting today, the 150th anniversary of the capture of Fort Donelson, about the interesting history of some early portrait prints of Grant. 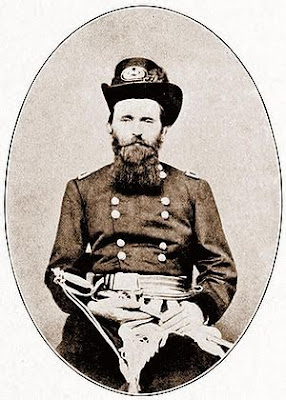 At the beginning of the war, Grant wore his beard in a long, wild manner. A photograph, taken in October 1861 in Cairo, Illinois, shows this shaggy image, Grant depicted in his colonel’s uniform complete with ostrich feathers in his cap. After his first action at Belmont, Grant’s wife, Julia, joined him in camp and was horrified by his wild and wooly appearance. She told him in no uncertain terms that she “did not like the length of his beard,” so Grant forthwith had it clipped close to preserve marital harmony. 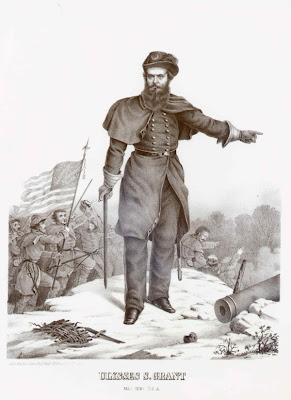 Grant’s victories at Forts Henry and Donelson, followed by Shiloh, led to a great curiosity on the part of the American public as to what this new Union hero looked like. The only image available of the general at this time was the photograph taken in Cairo, so this long-bearded Grant appeared in many prints of the time, even though by then he was close-shaved. 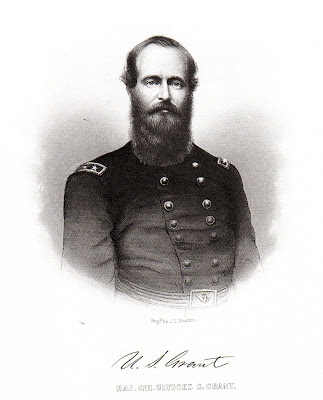 To add to this confusion, there was a photograph taken about the same time in Cairo that somewhat looked like Grant. This image is said to be of a beef contractor named William Grant, who resembled U.S. Grant, at least in his hirsute appearance. Either through actual misunderstanding or intentionally, this non-U.S. Grant photograph was used as the basis for a number of prints of the general, appearing both in the illustrated newspapers of the day and also in engravings. 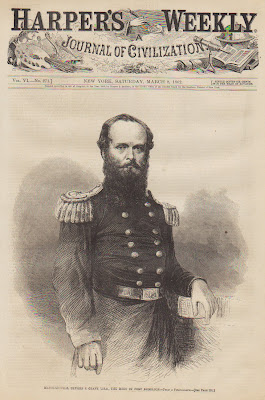 Indeed, most of the first printed portraits of Grant were based on this erroneous image, including a cover illustration in Harper’s Weekly on March 8, 1862 and a steel engraving dated March 22, 1862, both issued shortly after the capture of Fort Donelson. 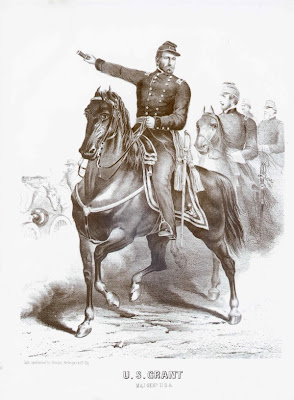 Eventually, new photographs of the close-shaved general appeared and these then were used as the basis of later prints. Still, for much of the early part of the war, the public's notion of what Grant looked like was based on this erroneous image Indeed, Harper’s Weekly continued to use this mistaken image to as late as 1864. Supposedly, Grant's officers found this amusing, but no record mentions what William Grant thought of his undeserved fame.
Posted by Chris Lane at 12:45 PM