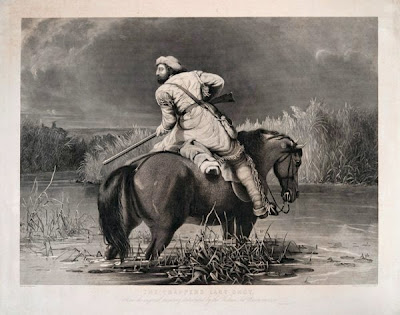 Back in January I went to the opening of the exhibition Visions West: 19th Century Expedition Arts at the Arvada Center for the Arts and was so impressed that I had to write a enthusiastic review in this blog. Well, the exhibit is going to be closing in just over a week, so now is the time to visit if you haven't yet! 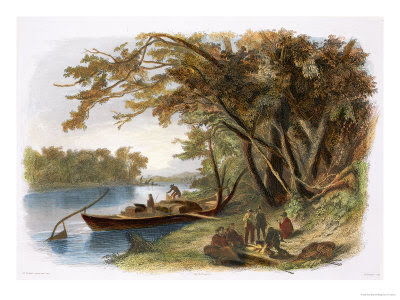 The exhibition uses prints from the Graham and Barbara Curtis Collection. Mrs. Curtis and her daughter Kay Hunsaker were at the opening and I had the pleasure of meeting them. I asked Kay if she would answer a few questions about her parents and their collection and she kindly agreed.

Tell me a bit more about the collection.

It was my father's passion but my mother was very supportive and in the beginning, she learned to matte so that she could help him frame. The theme of his collection was the artistic documentation of the exploration, discoveries, and development of the American West. The original title he used for the collection was "Manifest Destiny, Exploration and Creation of the Nation."

How and when did your father start collecting? 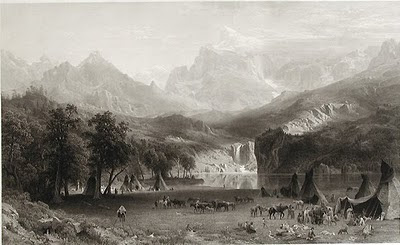 Dad, a Geologist and hard rock miner at heart, always had a love of the Rocky Mountains, the mineral belt, and the exploration of them. Early on, he read about the West, and as he got older he started collecting antique geology and exploration books.

He then got the idea to share his love of America by giving "educational and enlightening" Bi-Centennial gifts in the form of western exploration lithography. While looking for suitable prints, he realized the extent of the availability, and the real treasures to be had. He found smaller, lesser known pieces of interest but when he found the "Rocky Mountains" by Bierstadt, he realized that famous prints could be obtained and that started his quest.


Were there types of prints or artists which he particularly liked? 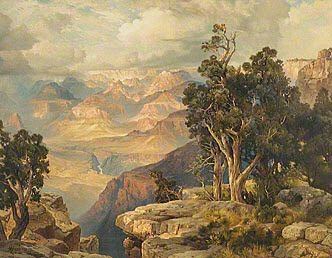 Chromolithography is his favorite type, for he liked the bright, clear colors, but hand-tinting will always have a special place in his heart. Audubon's prints were his particular favorites as he always mentions them first, then adds Catlin, Bodmer, Bierstadt, and Moran. In truth, he has always loved birds and became a real "birder" after he acquired these prints.


What are his favorite prints? 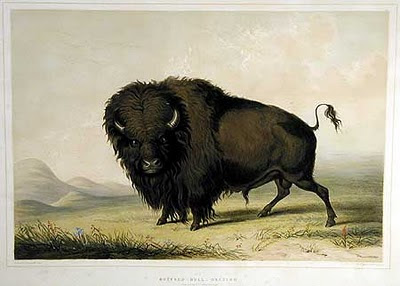 
Was there any print he was looking for a long time and finally got? 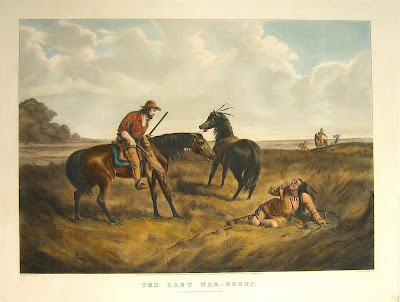 The Currier print “The Last War Whoop.” He acquired it just this past August. He had first seen it at the Buckhorn Exchange in Denver, but didn't get it. He quit looking for the print in the last few years but I located it and helped him purchase it.

There is still one he wishes he had gotten and that is the Jolly Flatboat Men by George Caleb Bingham. I found one but it is just too expensive at $15K!

When was the collection first put on display and where else has it been shown? 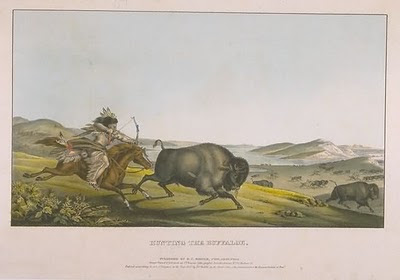 It was first displayed by the Arvada Art Museum for six weeks in 1986. The museum was pretty new and their staff was small. Dad helped them paint the walls in preparation, Mom and Dad both helped them hang pictures, and assisted in the cost of advertising.

I wish I had had the opportunity to meet Mr. Curtis, but seeing this super collection in this excellent exhibit did give me a sense of his love and knowledge of the material. Anyone interested in Western prints should make it a point to head over to Arvada to see the collection before it closes on April 3. More information can be found on the Arvada Center's web site.
Posted by Chris Lane at 3:44 PM