In this blog I will, from time to time, profile various influential people involved with antique prints. Most will be living individuals, but in light of the recent announcement of a bequest made at the American Historical Print Collectors Society (AHPCS), this profile is of a wonderful person no long with us. 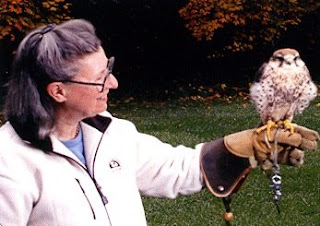 The print world lost a good friend and eminent scholar when Wendy Shadwell died after a long battle with cancer on October 23, 2007. However, her influential legacy continues through her extensive writings, many friends, and her generous gift to the AHPCS.

Wendy received her BA with honors from the University of Mary Washington in 1963, followed by graduate studies in art history at Columbia. After this, Wendy became the curator for J. William Middendorf’s important collection of art, which included many American historical prints. Later Wendy moved on to the New York Historical Society, where she became curator of prints from 1974 until her retirement in 2002. The NYHS’s collection of prints, photographs, drawings and ephemera, numbering approximately three million items, is one of the most significant such collections in the country and it was well looked after, catalogued and augmented by Wendy.

Wendy believed strongly in spreading the word about antique prints and she wrote extensively on the subject. Among her publications was the influential book, American Printmaking: The First 150 Years, featuring the prints from the Middendorf collection, as well as numerous articles in scholarly publications, including many in the AHPCS journal, Imprint. Over the years, Wendy lectured extensively on antique prints and also brought historical prints to the notice of the public by curating many exhibitions of the NYHS’s holdings.

She was a member of a number of professional organizations, including the Print Council of America and the AHPCS, where she served for many years as board member and president from 1998 to 2001. Wendy felt a strong attachment to the AHPCS, which shared her goals of the study of historical prints and helping to spread knowledge on the topic to scholars and the general public. It was to help achieve those ends that Wendy Shadwell left an incredibly generous bequest to the AHPCS, which has received $175,000 (!) from her estate. The AHPCS board will be carefully studying how to use these funds to achieve the goals shared by the organization and Wendy, and to honor her memory. Wendy was a friend and scholar who graced the world of prints for many years; her legacy will be with us in our memories, her writings, and now through the ability of the AHPCS to use her bequest to help spread the gospel.
Posted by Chris Lane at 12:58 PM