In my blog about what it is to collect, I talked about the importance of developing a theme or topic for a collection. As I noted, the theme of a collection is that characteristic which the prints share that turns the assemblage into a single entity, rather than simply a group of prints. Today I will discuss this topic a bit more in depth, considering some suggestions on how to pick a theme for your collection and a look at popular and overlooked themes.

A theme can consist of a single subject--such as views of Niagara Falls; a printmaker or group of printmakers--as in prints engraved by Philadelphia craftsmen or prints after Hogarth; a printmaking process--such as mezzotinting; or any other shared characteristic--such as newspaper bonus prints. A theme can be comprehensive for the chosen subject or limited to prints issued in a certain period, such as prints published before the nineteenth century. Pretty much any subject related to prints can be a theme; the important notion is that a theme limits the universe of prints to be collected; a theme is what ties the individual prints together into the united entity which is a collection. 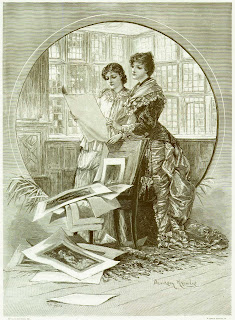 The theme determines not only the nature of the resulting collection, but also the experience which the collector will have in putting together the collection. It is thus important that a potential collector spend some time thinking about what theme to choose. Following are a few basic considerations to keep in mind.

Most obviously, the theme should be something of interest to the collector. Much of the value of prints comes from their content and history, and unless a collector enjoys those things, he/she will not derive any of the enjoyment that can come with finding and owning objects in which one is interested. It really doesn’t make sense to collect something simply because it sounds impressive or because the value of the items (and thus of the collection) is high, for not only will you be missing out on an important component of collecting, but it is likely that you will not want to continue to collect over the years.

Besides this, there are some practical considerations to take into account in choosing a theme. You want a theme which will include enough prints so that you will be able to find prints to add, but not so broad that prints that fit come along all the time. If your theme is too narrow, then you will never find prints the acquire and that certainly isn’t much fun. On the other hand, part of the fun of collecting is that there is an element of the hunt, with its accompanying thrill of discovery, and of serendipity, with its resulting pleasures of surprise. If every time you go to an auction, walk into a gallery or browse a flea market you come across prints that fit your theme, I suspect it will soon become a bit boring. 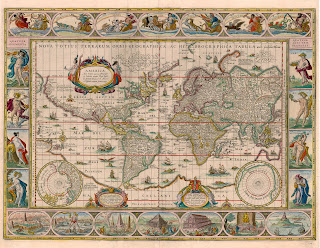 Another important consideration is the cost of prints that fit your theme. You might find early Dutch world maps to be fascinating, and they can be found on the market, but these tend to be very expensive. If you decide to collect these and can spend only several hundred dollars or so a year, you will not find many such maps you can afford. It might be better to collect early Dutch maps of some other area less expensive, say of France, or to collect world maps from the nineteenth century. One trick is to pick an “obscure” or “overlooked” theme (cf. below), where the prints will not be so desirable or not as much collected, for then you are likely to be able to find more opportunities to purchase prints that fit your theme and have an affordable price. 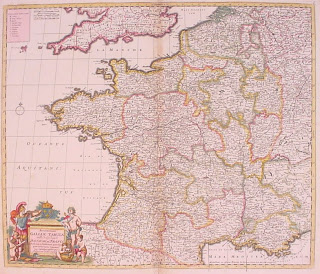 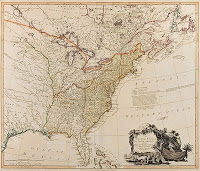 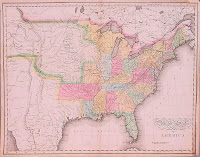 For maps, the most typical theme is to collect maps of a particular place. This is an obvious theme if you are interested in a particular city, county, state, country, or continent, and such collections can be very interesting in showing the growth of knowledge of that place over time. This also allows you to collect maps from many different periods in a wide range of styles, sizes, and price ranges. This sort of collection can be particularly good if knowledge of the subject changes considerably over time (where new discoveries are shown on maps as time passes). It is important to note, however, that different places can be relatively more or less expensive, so that, for instance, maps of Texas will usually be two or three times as expensive as maps of Pennsylvania. In our experience, the most common of this type of collection are maps of the World, the United States, Texas, and maps showing California as an island.

Views are similarly collected mostly by place. Views of cities are very popular, with the larger cities both having more prints done of them and more people collecting them. Colleges and schools are also popular as subjects, though for most educational institutions not many prints were made of them. Some will collect types of views, be their vue d’optiques
Posted by Chris Lane at 7:00 AM