Interesting use of a Currier & Ives print

In the 1844 Presidential election there were three candidates. The two main candidates, from the major parties, were James Polk and Henry Clay. 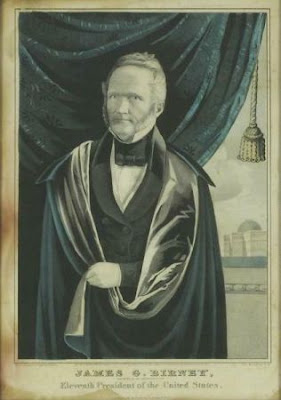 The third candidate was James G. Birney, who ran as the Liberty Party candidate. Birney initially became involved in the movement to solve the “negro” problem by joining the American Colonization Society, which proposed to send free blacks to Africa. In 1834, Birney repudiated the colonization movement, freed his own slaves, and dedicated himself to the cause of abolition. He was chased out of his hometown of Danville, Kentucky, for these views, moving to Cincinnati. 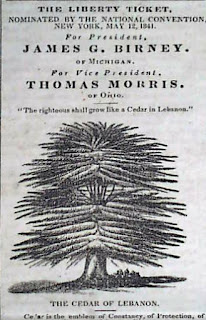 In 1840, Birney was nominated as the first Presidential candidate for the newly created Liberty Party. He received just over seven thousand votes out of the over two million cast. He was nominated again in 1844, this time receiving about 62,000 out of 2 and a half million votes cast. One of those 62,000 votes was by Clark Lane, who had just reached voting age in 1844. 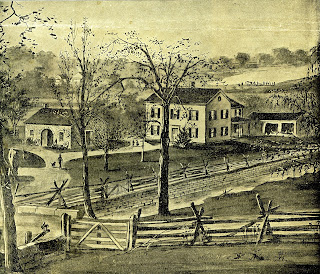 Clark Lane came from a family which had settled in the old Northwest Territory in 1798, building a farm house and smithy just north of today’s Mt. Healthy, Ohio, located on the main route between Cincinnati and Hamilton. Clark’s father worked as a blacksmith, a career which Clark followed, working at the family smith until he reached the age of 21, when he moved to Hamilton to work for John H. Brown building fifty wagons. 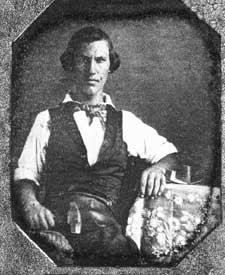 In his “Reminiscential”—-written about 1890-—Clark Lane recalled what happened shortly thereafter, on election day 1844, “my vote—-the first of my life—-was cast for James G. Birney, and freedom of all slaves within the United States.” While Mt. Healthy had a strong anti-slavery population, Cincinnati just to the south was less welcoming to abolitionists, and it appears the same was also true of Hamilton, just to the north, for Clark goes on to recall: “Day following said election the smoke and flame and cursings of pro-slavery wrath burst about me with such threatening violence, and so much idiotic and inconsiderate feeling for the truth and of justice that my contract though half done, had to be abandoned and work for an ‘abolitionist’ in the Christian Town of Hamilton was ‘declared off.’” 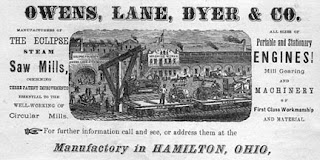 Clark Lane moved to Dayton, but luckily for Hamilton, he returned within two years, still working as a blacksmith. Eventually he formed the company of Owens, Lane and Dyer, which manufactured wagons, mill parts, and agricultural machinery such as threshing separators. This business became very successful, one of the biggest in the Midwest, making Clark a rich man. 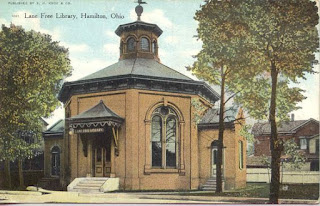 In 1866, Clark used part of his resulting wealth to donate the land and build a structure for a Hamilton public library. The library, the Lane Public Library, is celebrating its 150th anniversary this October.

Besides the fact that I am related to Clark Lane (he was the brother of my direct ancestor William Lane), the reason his story is appearing in this print blog is the interesting manner in which Clark memorialized the events related to the election.

Probably during the campaign of 1844, Clark acquired one of Nathaniel Currier’s just issued election prints of James G. Birney, “Nominated by the Liberty Party for, Eleventh President of the United States.” Currier issued similar prints of all the candidates and it seems typical that Clark might have acquired and prominently displayed his print of Birney. His pride in his vote is indicated by his use of this print many years later. 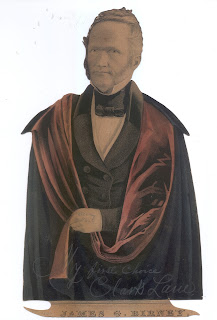 It is not clear why, but at some point the print was trimmed to just show the image of Birney, the background being cut away. 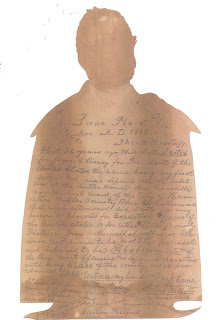 On the back of the print Clark wrote:

“Hamilton Co. Ohio. “Lane Place.” Novr. A.D. 1880. This will certify that 36 years ago this date I voted for James G. Birney, for President of the United States, the same being my first vote---And was deposited in the Ballet Box at the “Butler House’—then Rossville now the first ward of the City of Hamilton Butler County Ohio. And furthermore, that never afterward did I vote for any person or persons for Executive Officers of the United States or for either State, County, District, Town, or Municipal Offices, who were not known to be, (or at least professed and believed to be) “Abolitionists” of the then most offensive (and defensive) character, until every Slave of the country were proclaimed free. Witness my hand Clark Lane”

It is always good to remember that in the nineteenth century Currier & Ives prints were simply inexpensive pictures used by people for decoration, education, inspiration and many other purposes. They cost very little and generally were not treated with the care that we today use when handling these now-quite-expensive artifacts of our past. In all my years in the print business, and many thousands of Currier & Ives prints I have handled, I have never seen a use like the one Clark put this print to, and for that reason I find this a story worth passing on.