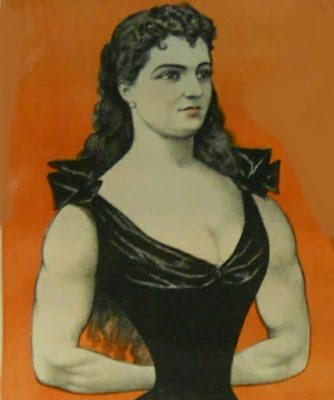 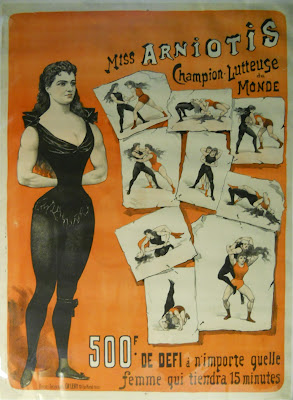 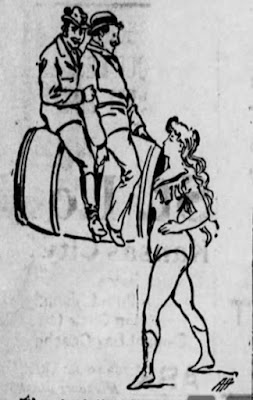 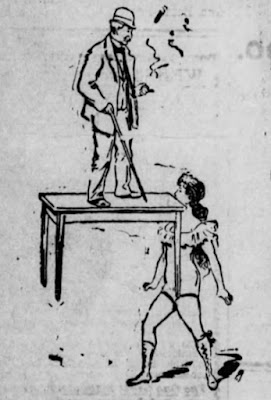 Later in the decade, Mary Arniotis, came to the U.S. and appeared in a number of vaudeville shows, but the poster I was researching was from her time in Paris. This poster was to drum up business for her performances, promising 500 Francs to anyone who would stay wrestling her for 15 minutes. Posters, such as this one, were produced in great numbers to be posted in Paris for various events and given their ephemeral intent and the fragility of paper, few of this sort of poster survive to today. I can find no other posters related to Miss Arniotis so I am especially pleased one turned up here and I was able to figure out its fascinating history.
Posted by Chris Lane at 1:34 PM No comments: