My original career path, oh those many years ago, was to become a professional philosopher. I was introduced to the world of antique maps and prints, and decided that a career in that field would be a lot of fun and offered more chances of actually earning a living. However, I have never lost my interest in and love of philosophy. Recently I was reading about an early map of the Carolina colony and came across a reference to one of my favorite philosophers, John Locke, who actually had an island named after him!

I have been able to find only two other geographic names which are taken from philosophers, Carla-Bayle in France, named after French philosopher Pierre Bayle, and Berkeley, California, named after Anglo-Irish philosopher George Berkeley. Unfortunately, though Locke did have an island named after him, none such exists today; the history of this makes an interesting story. 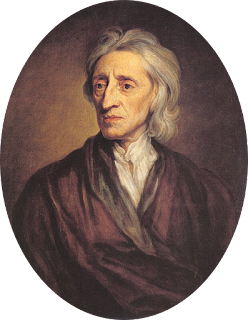 John Locke (1632-1704), was one of the great philosophers of the Enlightenment, especially in the fields of epistemology and political philosophy. After getting his degree at Oxford University, Locke stayed on there until 1666, when he met Lord Anthony Ashley Cooper, the 1st Earl of Shaftesbury. Lord Ashley went to Oxford to seek help with a liver infection and he was impressed with Locke’s treatment. (Later Locke persuaded the Earl to have an operation on his liver, which probably saved his life).

The Earl asked Locke to join his retinue, and in 1667, Locke moved to Exeter House in London, Lord Ashley’s home. Locke became an important part of the Earl’s household and he was appointed Secretary to two important bodies which Shaftesbury belonged to. One was the Lords of Trade and Plantation, which was a committee of the Royal Privy Council set up to advise on issues related to the newly established British colonies. 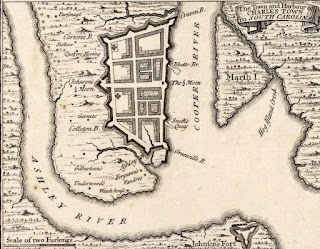 The other was the Lords Proprietors of Carolina. This was a body of eight nobles, including Lord Ashley, who had assisted Charles II in the restoration of the English throne in 1660, to whom Charles granted the rights to create a Province of Carolina in 1663. Their initial attempt at colonization failed, but they were finally successful, beginning with the founding of the Charles Town settlement in 1670.

Locke was heavily involved in this new colony, drafting the Fundamental Constitutions of Carolina, as well writing various instruction to the colonists on how to make sure their actions in the new colony were consistent with the document. This was not Locke’s shining moment, for though he elsewhere wrote against aristocracy and slavery, the Constitutions, enshrined both of these in Carolina. 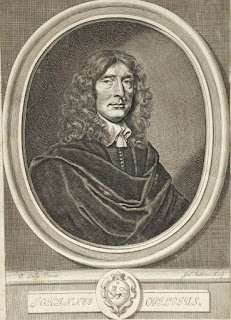 The same year that the Charles Town settlement was established, John Ogilby, a Scottish dancing master and publisher, was preparing to issue an illustrated volume, America, containing a history and description of the New World. This was mostly a direct translation of a contemporary Dutch book by Arnold Montanus, who is not mentioned at all by Ogilby, and almost all the illustrations were those included by Montanus. However, in order to make his publication more attractive to his intended English audience, Ogilby sought the latest new information on the English possessions in America, adding fresh text and four new maps, of Maryland, Jamaica, Barbados, and Carolina.

As Carolina was just in the process of being settled, and by some very influential figures, Ogilby was keen to include information and a map of the colony. Thus he approached Peter Colleton, the brother of one of the Proprietors, John Colleton, who wrote to John Locke, as secretary to Lord Ashley, requesting a map he could use in his book.

To my honoured frend Mr. John Lock
Sr.
Mr. Ogilby who is printing a relation of the West Indies hath been often wth mee to gett a map of Carolina wherefore I humbly desire you to gett of my lord [Ashley] those mapps of Cape feare & Albermarlee that he hath & I will drawn them into one wth that of port Royal & waite upon my lord for the nominations of the rivers, &c. 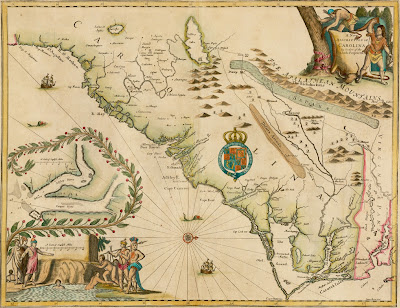 Locke was able to provide a map to Ogilby, who used it to make a new map for his volume, commonly called “The First Lord Proprietors Map.” From Locke, the map includes many names taken from the Lord Proprietors, including Craven County, Colleton River, Berkeley County, Ashley River, Cooper River, Cape Carteret, and Albemarle County.

Another name which appears on the map is “Locke Iland,” located near the mouth of the Edisto and Ashepoo Rivers. Based on very early exploration of the region, the map shows only a single island there, whereas there are actually several. Later explorations revealed this to map makers, and so the single “Locke Iland” was removed, along with its name. There is a large island right in that spot, Edisto Island, which is actually shaped much like Locke Island on the map, but none-the-less, Locke’s brief claim to geographic fame was removed soon after it was introduced. 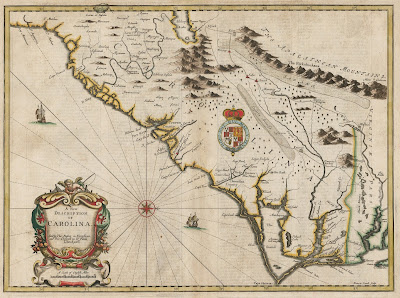 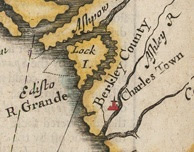 A few other maps, such as John Speed’s from 1676, showed the island, but it wasn’t long before the newer maps no longer showed this philosophical isle.

Posted by Chris Lane at 9:00 AM No comments: 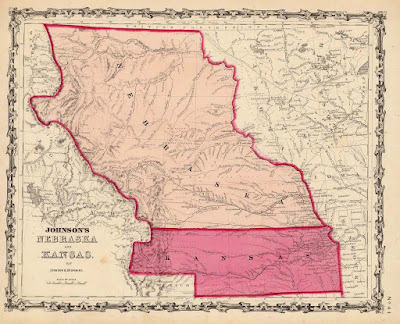 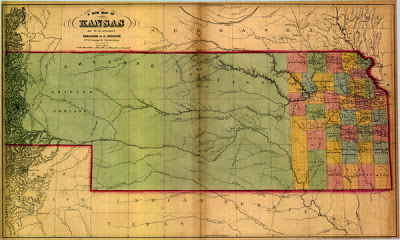 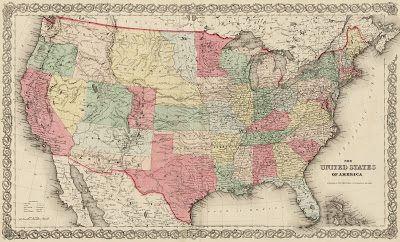 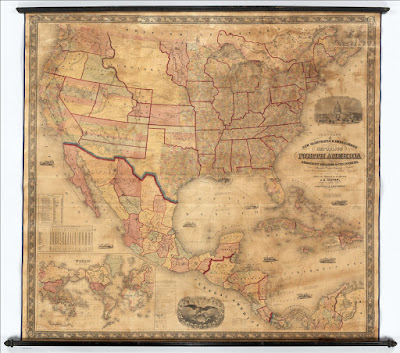 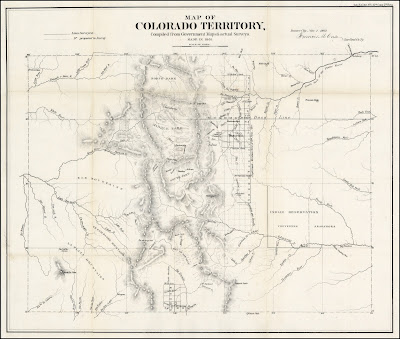 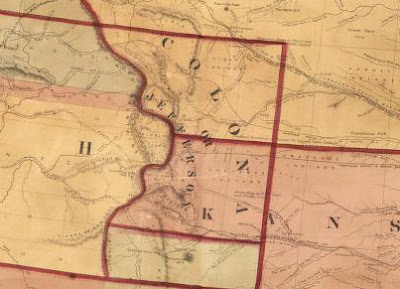 Posted by Chris Lane at 7:06 PM No comments: