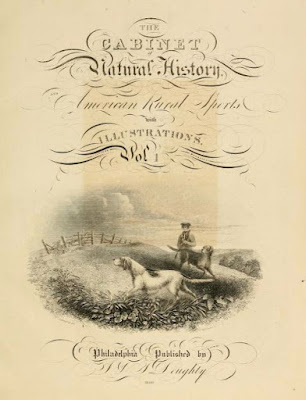 While Lucien Bonaparte was finishing Alexander Wilson’s American Ornithology, and John James Audubon was beginning his great projects, John and Thomas Doughty produced a book, Cabinet of Natural History and American Rural Sports with Illustrations, that is important both for its many anecdotes about the social impact of natural history and sport in America, but also as the first major book illustrated with color lithographs produced in America. 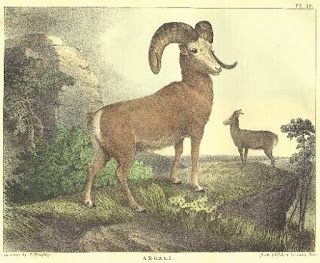 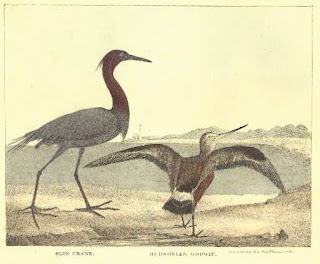 Though the joint publication of the Doughty brothers, the prints in the work were primarily the offspring of Thomas. Thomas was evidently a self-taught artist, listing himself as a “painter” in the second decade of the nineteenth century, one of the first Americans to list this as an occupation. In the next decade about 40 of his images were used for a variety of publications, but then Thomas, who was an avid outdoor sportsman, conceived of the notion of a color plate work illustrating the natural history of American rural sports. This led to the Cabinet of Natural History and American Rural Sports with Illustrations, where his output reached a new level of vision and quality. 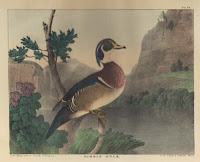 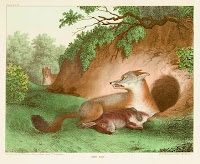 The work, issued in monthly parts, began in 1830, but things changed as the production on the third volume began. At that time, Thomas Doughty left the project to pursue a painting career, gaining immortality as a founder of the Hudson Valley School of painters. His brother, John, took over as sole proprietor, but he soon warned his subscribers that unless he received more support he would have to end the project. This was proved true in 1834 when he discontinued publication with part IV of the third volume. 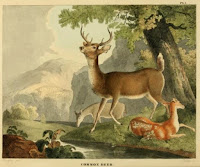 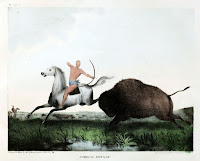 The first print is an engraving by John Sartain of the “Common Deer,” one of the works done in America by this noted engraver. The rest of the prints were done in the relatively new process of lithography. The artists who produced images for the work were some of the luminaries of the Philadelphia art scene, including M.E.D. Brown, George Lehman, J.G. Cloney, but the major contributor was Thomas Doughty himself. Of particular note are the prints by Titian Ramsay Peale, who upon his return from the Stephen Long expedition to the American West made pictures available of this new American frontier, including his famous image of hunting the American buffalo.

Posted by Chris Lane at 3:21 PM No comments: