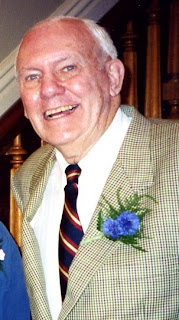 Today is the 86th birthday of "Uncle Charlie". What makes this relevant to this blog is that my Uncle Charlie is Charles Rand Penney, who put together one of the finest antique print collections of the twentieth century.

Born in Buffalo, New York, in 1923, Charles Penney acquired his BA from Yale University in 1965, a law degree from the University of Virginia in 1951, and in 1995 he was honored with a Doctorate of Fine Arts from the State University of New York for his life-long support for the arts. Charlie began his interest in collecting art in 1934 when he was given a watercolor by artist Robert Blair, his Sunday school teacher. Over the years, his collecting interests expanded until he had put together 100 collections! These ranged from the art of Western New York to World's Fair and Exposition souvenirs, from Staffordshire figures to coat hangers, and from quilts to Mr. Peanuts memorabilia.

Charlie’s collections grew in size and quality, as well as number, and by the 1960s he had completely devoted his life to his collections, which by then had received national and international recognition. He not only collected, but Charlie become a major donor to various institutions around the country. This culminated with the donation of his Western New York art collection to the Burchfield Art Center. This donation included paintings, sculpture, craft art, Roycroft objects, and 184 works by Charles E. Burchfield. In recognition of this tremendous donation, as well as his on-going support of the arts, the Burchfield Art Center was rededicated as the Burchfield-Penney Art Center in 1994. 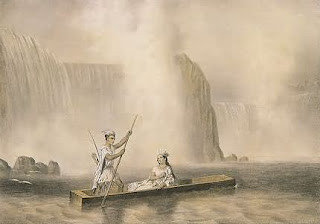 Charlie’s interest in Western New York made it natural that he would collect prints of the region, including many views of that most iconic of American images, Niagara Falls. When I first went into business in 1982, Charlie and I talked about his print collection and we agreed that it would be wonderful to focus on prints of Niagara Falls and to try to put together a world class collection. For over a decade, Charlie and I searched for every printed image of the Falls we could find, adding them to the collection and documenting their history. When, in 1993, this collection went on display at the Castellani Art Museum, it was clearly the largest and best collection of these views ever assembled.

Collecting is definitely in Charlie's blood (and some of those genes seem to have reached me as well), but Charlie is more than simply a collector. He is scholar and a supporter of research and documentation of his collections. Over the years he has issued numerous catalogues of his collections and along these lines, he commissioned me to produce a complete documentary listing of his print collection and thematic analysis of the subject of Niagara Falls prints. The result was the catalogue Impressions of Niagara, which with its supplement is still the most comprehensive listing on the topic

. Furthering his goal of making his collections available to scholars and researchers, Charlie arranged, partly through a generous gift, for the Niagara Falls collection to go to the Castellani Art Museum, where it now resides. [Click here to visit the collection's web site]

In my mind, Charlie is the consummate collector. He pursued every possible avenue to add items to his collections and worked tirelessly to gather and organize information on those collections. He also approaches his collecting, as he does life in general, with unbounded passion. I like to think I am enthusiastic about antique prints, but I don’t hold a candle to Charlie. The joy and gusto with which Charlie seeks and learns was an inspiration to me when I was first starting out and I still always feel recharged when I spend time with him talking about his prints, his sculptures, his African masks, or whatever. He turns 86 years young today and I am grateful that I have been able to work with him and know him for over half those years.
Posted by Chris Lane at 9:00 AM