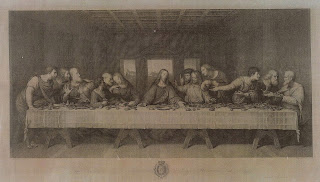 This should come as no surprise. There is a huge demand for religious prints. It has always been part of the Catholic Church that religious iconography has been an important part of life, but religious images are also important for members of most Christian denominations. Today, religious art plays a much smaller role in our lives than it used to; in the past, most homes in this country which had any art, would have had at least one religious painting or print. So it is not surprising that the number of religious prints made over the centuries is huge. 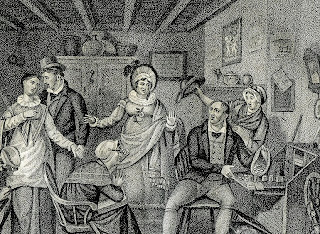 One of the results of this is that religious prints tend to have low values. Almost always, a religious print will have a lower value than a comparable print (say from the same date and by the same publisher) with another subject. The ubiquitous nature of religious prints means that they are relatively common and this keeps their value down. The same thing applies to Bibles, where the very large number in existence means that most Bibles sell for relatively low prices. It is hard for a seller to price a religious print very high when a buyer can probably find a dozen comparable ones that will be priced lower. 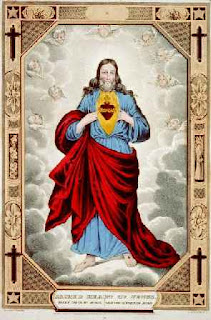 There are a couple of other reasons that religious prints tend not to sell for high prices. First is that much of the demand for religious prints has been a “mass market” demand for utilitarian images, not an elite demand for elaborately-done prints. That is, most people want a religious print in order to have a particular image to hang in their home or work place, not because they are looking for collectible and valuable print. Most of the religious prints that have been made were made in large numbers by relatively inexpensive processes: hand-colored lithographs in the mid-nineteenth century or chromolithographs later in the century or dot-matrix reproductive prints in the early twentieth century. This sort of print on any topic will tend not to have a high value, so this is another reason religious prints are generally low priced.

The final factor that keeps the value of religious prints low is that this theme is not currently one that a lot of people use to decorative their home or office. As noted above, in earlier times religious prints would have been the most typical type of image one would see hanging in homes and elsewhere. Today, it is much more the exception than the rule that religious prints are used in such situations. 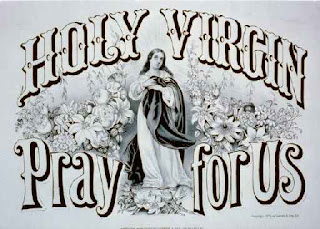 It is important to make two caveats to these remarks. First is the obvious point that while the majority of religious prints are inexpensive, there are some very fine, expensive religious prints. An Old Master engraving of Madonna and Child or an exquisite eighteenth century mezzotint of Christ on the Cross certainly have significant value. The second point is that the low price of most religious prints does not mean in any sense that these prints are without inherent value. As I discussed with decorative prints, many prints are wonderful historic artifacts, decorative and meaningful images, even if they do not sell for much on the market. The three factors I discussed above mean that most religious prints have low prices; they do not mean that these are not prints worth having and appreciating for their inherent meaning and history.
Posted by Chris Lane at 9:30 AM