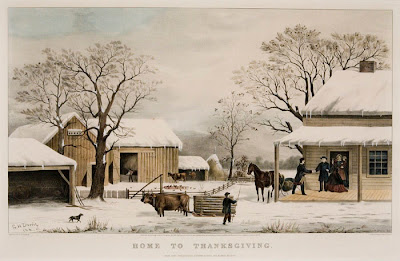 I am writing this blog on Wednesday, as I sit in my office watching the snow come down, preparing to head out again to shovel our sidewalk for the third time this morning. We are in the midst of the second major snow storm in Philadelphia in just five days, and while it has rather made getting around difficult, it is beautiful. Philadelphia doesn't often look like a winter wonderland, but it certainly does today. In honor of what is now officially the most snowy winter on record in Philadelphia, this blog is about a man whose images appear on the most famous and popular antique winter prints made in the nineteenth century. 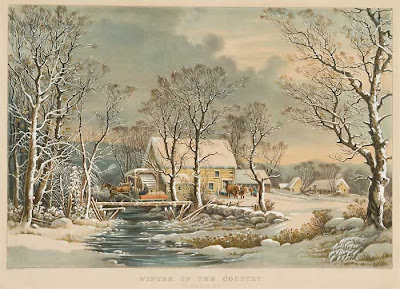 George Henry Durrie (June 6, 1820-Oct. 15, 1863) was the artist for ten of what are some of the most popular Currier & Ives prints. Durrie was born in Hartford, Connecticut, and both he and his brother John (1818-90) studied with engraver and portrait painter Nathaniel Jocelyn. Early in his career, Durrie painted mostly portraits in the New Haven area, but around the middle of the century he started to paint genre scenes, specializing in winter scenes. Nine of these winter scenes were turned into lithographs by the New York popular print publishers, Currier & Ives. 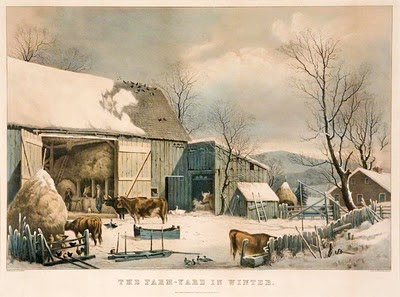 Durrie’s winter scenes are quintessential American images. He used soft, appealing colors and his eye for the details of American rural homes and farms of the period added an authenticity to the paintings. His fame grew and he exhibited at institutions such as the National Academy of Design. In 1861, Currier & Ives firmly established his reputation by publishing two of his winter paintings, “New England Winter Scene” and “Farmyard in Winter,” as large folio, hand-colored lithographs. They published two more in 1863, “The Farmer’s Home – Winter,” and “Winter Morning. Feeding the Chickens,” and then six more after his death that year. These include “Winter in the Country. Getting Ice,” “Winter in the Country. A Cold Morning,” “Winter in the Country. The Old Grist Mill,” “Home to Thanksgiving,” “The Old Homestead in Winter,” and the non-winter scene “Autumn in New England.” 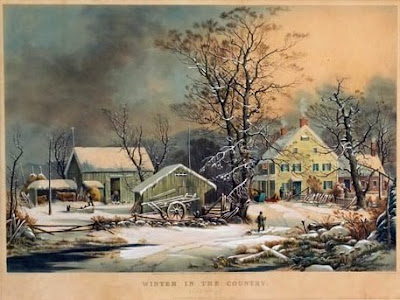 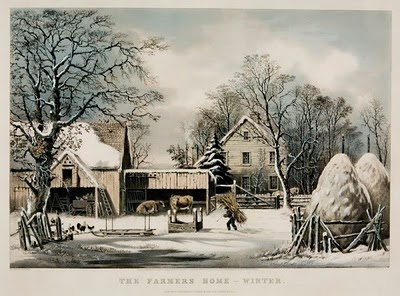 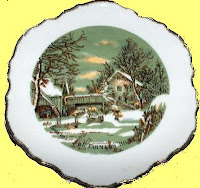 The popularity of Durrie’s winter paintings goes beyond the original Currier & Ives prints, for it is these images which are most often used when people want to use a “classic” Victorian scene. Durrie’s pictures appear in a multitude of instances on Christmas cards, calendars, posters, plates, wastebaskets, boxes, purses, and in every other imaginable chachka that one can imagine. It is usually a Durrie painting that comes to people’s mind when they think of an American winter in “olden times.” Looking out my window today, I smile and think of Durrie and his marvelous work. 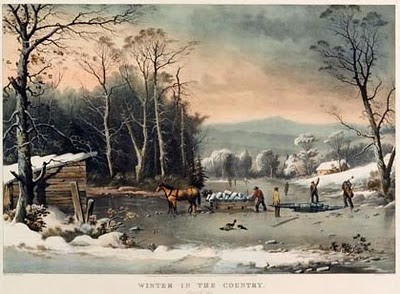