Last week I discussed general information about "America's printmakers," Currier & Ives. Today I'll look at some different aspects of their prints and collectors of them. (Find more at PPS-West.com) 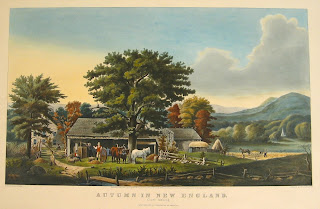 Maps seem to attract a lot of collectors, more so than do prints. There are collectors for important historical figures, such as Washington and Lincoln, and historical events, such as the American Revolution or Presidential elections, but most prints are purchased more on a one time basis rather than as part of a collection. Besides historical prints, the one type of print that is collected more than any other are those by Currier & Ives. Currier & Ives have been collected ever since the early twentieth century and today there are still many people who collect these wonderful images of nineteenth century America. 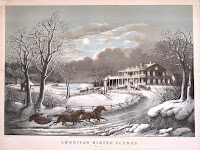 I have talked about "value ranking" for different types of prints and there is definitely a ranking of values for different sorts of Currier & Ives prints. In general, the most valuable are winter scenes, followed closely by railroad prints. Other popular subjects are hunting & fishing, sporting, steamships, and western. City views bring a lot of money, but this is more because of collectors of the cities shown rather than because of Currier & Ives collectors. There is a big difference in price between one of the prints in these popular subjects (a large folio print can go in the tens of thousands of dollars) and a less desirable subject (some large folio subjects sell in the hundreds). 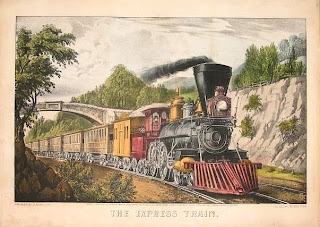 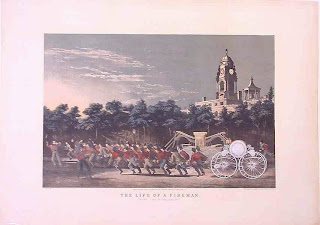 One of the "peculiar" things about Currier & Ives collectors is that many of them are very focused on margins. One can find Currier & Ives prints with big margins, but the majority have been trimmed down from their "full sheets" over the years, usually in order to fit into a frame. Some collectors will not even consider a Currier & Ives print, no matter how good condition it is otherwise, unless it has "large" margins. There is a story that a collector drove for hours to go see a top Currier & Ives because the owner told him it had large margins and was in great shape, but when the collector got to the owner's house he found that it was a reproduction, only about half the size of the original. The collector hadn't bothered to ask what size the print was, only how big the margins were!

I think you can probably tell from my tone that I am not a believer in this focus. Yes, there is no question that all other things being equal, a Currier & Ives print with big margins is better than one with smaller margins. Also, one certainly doesn't want the print trimmed so that some of the imprint is cut off and I do think one wants to have at least some margin all around so that the print can be put into a frame without the mat or frame bevel coming right up to the image. However, as long as there are reasonable margins around the image (say about 1/2 inch) I don't think a collector should be too bothered about the size of the margins. 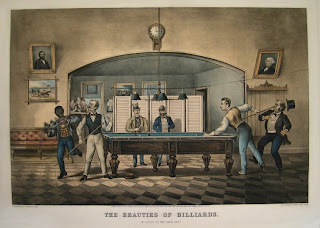 The margins these prints had before trimming was just based on what paper the firm was using; it was not something they put on the prints intentionally. I guess the bottom line for me is that if prints with trimmed margins (within reason) are what people at the time generally had and this was good enough for Currier & Ives themselves, then it is good enough for me. (Sorry about this rant, but this is a basic disagreement I have with a number of Currier & Ives collectors). 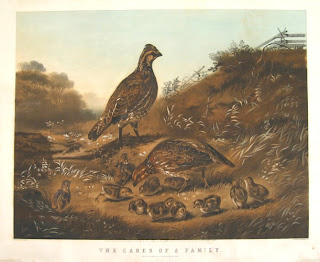 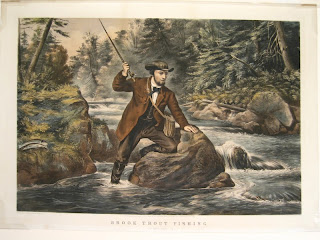 In 1988 a new, more democratic process of selecting the "Best 50" was sponsored by the American Historical Print Collectors Society (AHPCS). "The Best 50 - Revisited" was begun by a panel of experts who selected the "Top 100" of both large and small folio prints. These prints were then presented in a ballot to the entire membership of the AHPCS, which then selected the "New Best 50" large and small folio prints. A handsome book, Currier & Ives. The New Best 50

was published in 1990 with all the new "best" prints illustrated in color and with an analysis of the differences between the original and new lists.

The prints from all four lists are all wonderful prints, generally considered to be the best of the Currier & Ives oeuvre. They are very collectible and usually command a premium price. If someone wants to collect Currier & Ives and doesn't want to pay such a premium, there are, of course, many other types of Currier & Ives prints to collect. There are many fun subjects (children, barnyard animals, kittens and dogs, etc.) which one could collect without having to pay absolutely top dollar. Any Currier & Ives in good condition will sell for a fair amount, but if you spend a bit of time looking around, you can find ways to collect these wonderful prints without spending a fortune.
Posted by Chris Lane at 8:00 AM