In earlier blogs I talked about different print processes, including those which fall into the category of intaglio prints, that is prints where the image is printed from a recessed design incised or etched into the surface of a plate. In an intaglio print the ink lies below the surface of the plate and is transferred to the paper under pressure. One of the most common types of intaglio print is an engraving, where the image was cut into the metal plate by use of a pointed tool called a graver or burin. Engraving was one of the first forms of print making, with the earliest engravings issued in the fifteenth century. 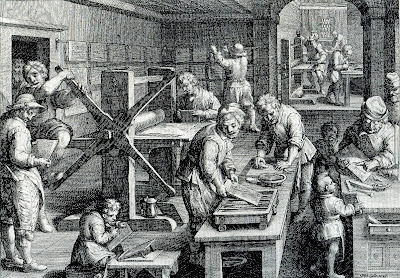 At first engravings were made from copper plates. Copper is quite malleable and so it was relatively easy to work the image into the plate with the burin and also not too difficult to flatten out the surface when a correction needed to be made. The problems for printmakers in using copper, however, were several. It was a relatively expensive metal, the softness of copper limited the fineness of line which could be achieved, the softness also limited the number of impressions which could be run off before the image quality deteriorated to an unacceptable extent, and there was a limit to how big a plate it was possible to use on a printing press.

All of these problems were solved when a process of working in steel was developed in the early nineteenth century. When compared to copper, steel was less expensive, a finer line could be achieved, huge numbers of impressions could be run off without loss of quality, and the stiffness of the plates allowed for much larger prints to be created. Steel, of course, had its own problems, the primary one being that it was difficult to work. 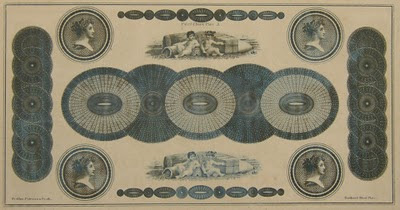 An American inventor, Jacob Perkins first developed a process of steel engraving for use in banknote printing. His process was a success and he was invited to England to help produce steel engraved banknotes in 1819. At the end of that year, Perkins, and his partner Gideon Fairman, were joined by Charles Heath, the Engraver to King George II. Heath, who was known for his engraved book illustrations, realized the potential of steel engraving, and in 1820 he produced the first steel engraved book plates for Thomas Campbell’s Pleasures of Hope.

Other engravers soon began to work in and make improvements in steel engraving, including Charles Warren, William Say, and John Thomas Lupton. In 1822, Lupton produced a mezzotint portrait of the comedian Joseph Munden on steel, for which he was awarded the Isis Gold Medal of the Society of Arts. The process which evolved was for the engraving to be made on a steel that had been annealed to soften it (creating what is called mild steel), and then subsequently the plate was rehardened so that prints could be run off in the thousands without wear. Improvements continued to be made, including the development of ruling machines which allowed for the mechanical production of fine lines over a large area of the plate. 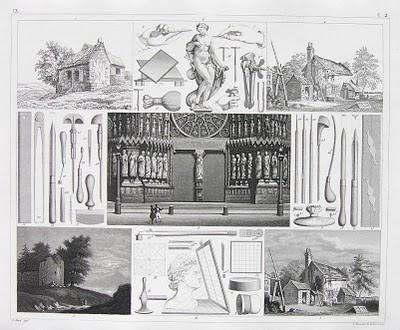 The development of steel engraving was a positive boon for book publishers, for it allowed for book illustrations which could have fine detail and which could be run off in huge numbers. Within a few years, many publications began to appear with steel engraved illustrations, including histories, travel books, gift books and magazines. 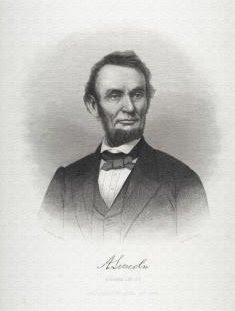 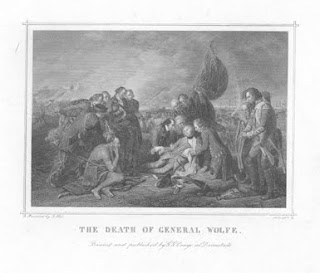 Steel engraved book illustrations are probably the most ubiquitous type of antique print which people come across. Given the large number of books published with such prints and the huge runs of many of these books, there are thousands of these prints available on the market today. Some of the prints have a genre theme, but the ones which are particularly popular today tend to be the images of events (such as battle scenes), portraits (such as images of Presidents) and scenes of particular locations (such as the widely popular views by William Bartlett). 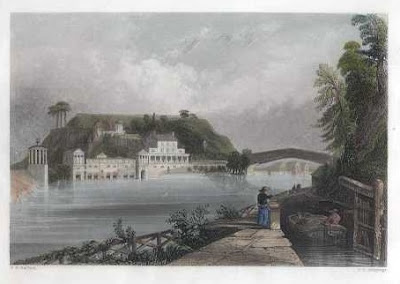 With their small size and large number printed these prints tend to be relatively inexpensive. To get an original view of your home town or a favorite vacation spot from the first half of the nineteenth century for around $100 is a wonderful thing. These prints make great decoration and gifts. Probably more of these prints are sold than of any other type of antique print (a previous blog discusses a steel engraving of the Bartlett waterworks scene, illustrated above, which we have sold more of over the years than any other print). 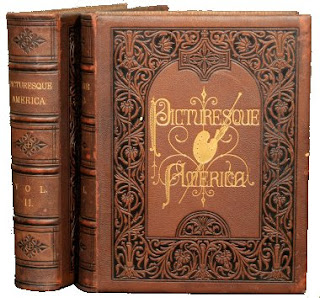 I'll conclude with a few comments on these steel engraved book illustrations. First there are a number of issues involved with the fact that these prints were for the most part originally published in books but are now being sold as separate prints. There is no question that many of the prints sold today were originally published in a bound book and this is a somewhat controversial issue (I will address the topic of “breaking books” in a future blog). However, it should also be noted that many old books have fallen apart on their own, some of the prints were originally issued in parts or fascicles (so that they were never actually bound into a book), and also that publishers did sometimes issue these prints as separate publications for framing.

Another issue concerning these steel engraved book plates is the question of color. With very few exceptions, these prints were issued uncolored. Many of the volumes included a good number of plates and each plate was run off in a very large number of impressions, so it would have been impractical for the publisher to have issued them colored. However, the majority of these plates that one finds for sale on the market are now colored. What gives?

Almost all of these prints have been colored by dealers in order to sell them. There is no question that these small engravings (particularly the views) sell much better when colored than in black & white as originally issued. Many are still being colored today, but this has been going on probably since the prints were first made. I did talk about coloring prints in another blog, and the issues are interesting, but here is a case where I do not have any problem at all with these prints being colored (as long as it is well done).

The prints were issued uncolored not because the printmaker thought they should be black & white, but because it was too costly to have them colored. It is important for historical reason, I think, that there be examples of these prints still in the volumes in their “original” state, so if there is a very rare volume it would not be good to have those prints removed and colored. However, for most of these steel engraved views (like those by Bartlett or from Picturesque America) there are plenty of complete sets in their original state so there doesn't seem to be a good reason they should not be colored if people prefer them that way. 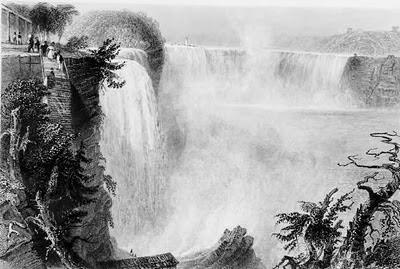 There is one other situation in which I would rather prints not be colored, where they are part of a “collection.” Part of the point of a collection is to document the history of prints of a particular topic and part of that history is that some of the prints were issued uncolored. So, for instance, when I was working with Charles R. Penney on his collection of Niagara Falls prints, I made sure he had a set of the Bartlett views and those from Picturesque America in their “original” uncolored state. 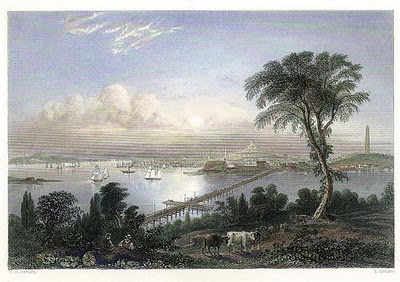 Beyond that, however, I see no reason that most of these steel-engraved book illustrations shouldn’t be colored if people want them that way. I also see no reason people should want to have them colored for display in their homes. These prints really are lovely once colored and if appropriately colored, they do not, I think, lose any of their historic interest and content.
Posted by Chris Lane at 8:00 AM