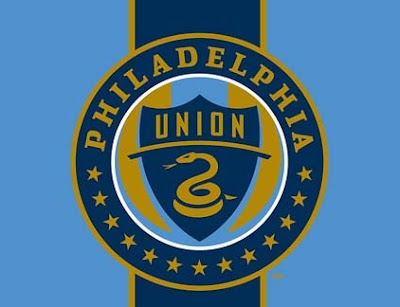 On Saturday (April 10), the Philadelphia Union will play its first home game. As a soccer fan, I have been waiting a long time for Philadelphia to get a MLS (Major League Soccer) team and that happy event happened this year. The Union played its first ever game two weeks ago and coming up is its first home game. In honor of this wonderful event, I thought I would do a post about early soccer prints.

Soccer has ancient roots, for variations of “football” were played during the Han Dynasty in China (206 BC–25 AD), by the ancient Greeks and Romans, and in Japan during the sixth century. The earliest modern form of the game was played in Great Britain in the twelfth century. This game was very popular but fell into royal disfavor, being banned several times in the fourteenth and fifteenth centuries. In 1349, the game was prohibited by a royal edict “because it cooperated with other favorite amusements to impede the progress of archery.” 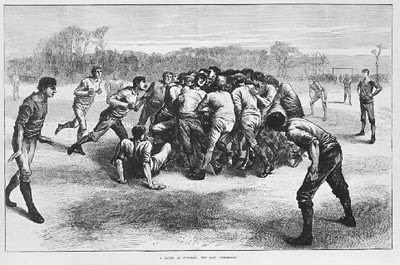 This early game was close to the modern game of soccer, or as most of the world still calls it, football. The core of this game involved two teams each trying to kick a ball across a goal line. By the middle of the nineteenth century, various quite distinct forms of football had evolved, with the nature of the field, number of players, and other rules varying considerably. At first all forms of football prohibited carrying the ball, but-–according to a possibly apocryphal story–-in 1823 William Webb Ellis, a student at the Rugby School, disregarded this rule by picking up the ball and running across the goal line. Soon a separate branch of the game, which allowed the ball to be carried, had evolved, the origin of today's rugby and American football. 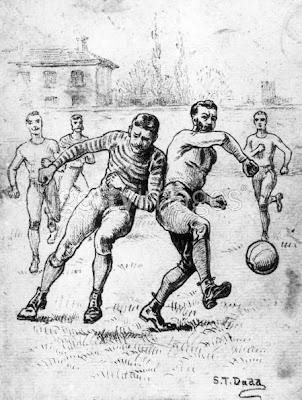 In England, the kicking form of football continued to evolve, especially in English schools and universities, but also in various public clubs. Efforts to standardize the rules culminated in 1863 with the formation of the London Football Association formed by several London clubs. They established a uniform code of rules, defining "association football," and establishing the basis of today's game. As it happen "soccer," is derived from "asSOCiation." 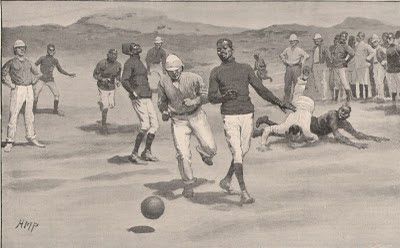 The English, including soldiers, ex-pats, and travelers, exported their game around the world. In America, what we would call soccer was not very common. In the 1860s, the Oneida Football Club of Boston probably played a similar game and some American colleges played a game inspired by the Football Association rules, though their game soon took on the form more of rugby, eventually turning into American football. There were a number of Football Association leagues formed towards the end of the century, and by the early twentieth century the name “soccer” began to be used as the primary name in America for this form of the game.

In the nineteenth century, other than the "gentleman's sports" of hunting, fishing, and horse racing, most sports had not achieved the status to have separately issued prints made of them, at least in any great number. Thus for most sports, including soccer, one mostly finds early prints from the illustrated newspapers of the day, like Harper's Weekly or Frank Leslie's Illustrated Newspaper. 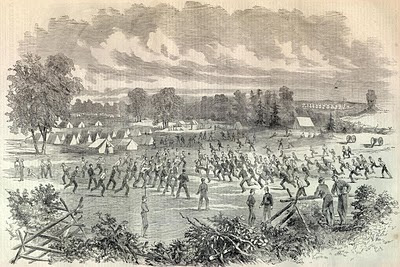 There are some antique prints showing some of the early forms of soccer. In America, a version of football with teams consisting of many players was played by Civil War troops. This game had elements of today's soccer, rugby and football. Wood engravings from Harper's Weekly provide some of the first pictures of this popular game. Most prints showing soccer from the nineteenth century were issued in British illustrated papers, such as the Illustrated Sporting and Dramatic News. Today, at the dawn of professional soccer in Philadelphia, it is fun to look back at the history of the game and of its early iconography. 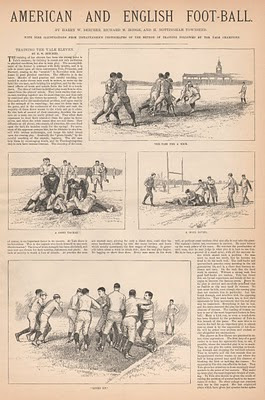