The previous blogs on pricing antique prints we discussed historical and natural history prints, looking at the factors that determined the pricing for those prints. While some of these factors are specific to those particular types of prints, many of them are also important for pricing of other prints. These are general factors which affect the value of any antique print. As discussed elsewhere, the content of antique prints is a crucial element to their character and also, of course, their value. Basically, prints of more popular subjects are going to more desirable and thus more valuable.

This obviously applies for prints like occupation prints (images of lawyers and doctors generally sell for more than those of librarians and cooks), sporting prints (images of baseball sell for more than those of curling), and for many other types of prints as well. It is true that some subjects have avid fans, which can drive up the prices of those prints, but in general, the more people who have an interest in a subject, the more prints of that subject will sell for.

Attractiveness is another obvious value factor, though how important it is depends on what type of print. A print where the interest comes from its historic or scientific content, or one where the subject matter is much in demand (say, medical prints), will not be affected that much by whether the print is attractive or not. However, if there is nothing particular about the content of the print that appeals to buyers, then attractiveness can be the most important factor in determining value.

The age of a print is a factor that has some, but not a huge amount of influence on the price. A very old print (say, from the sixteenth century) might sell for a tiny bit more than a more recent one (say, 19th century), if all other things are equal, but this doesn’t really affect pricing very much. The only time the age really is important, is its relationship to the subject matter. As discussed in an earlier blog, an historical print of a subject contemporary to the print is worth more than one with an historic subject. Being old isn’t important, but having a close temporal relationship to the subject is.

Another way that age has something of a relationship with the print is scarcity. There is an earlier blog specifically on the subject of scarcity in prints, but the short answer is that scarcity can have some affect on value, but only if the print is desirable for other reasons. Basically, scarcity factors into the supply & demand equation. If a print is in great demand and the supply is limited, prices go up. Simply having a low supply with no demand does not affect value.

The artist or publisher of a print is another secondary value factor. There are thousands of printmakers who produced images over the centuries and for a very large number of these there is little, if anything, known and few people who care. This is especially true once you look at 19th century prints, where there were publishers producing prints in every major (and some minor) city, most of whom are known only by the few prints that have been recorded. 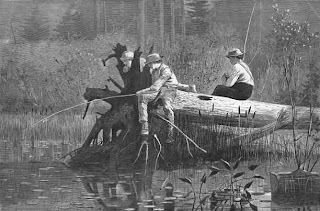 On the other hand, there are a number of well-known artists and publishers whose prints have an extra value because of who made them. This would include prints by people like John James Audubon, Thomas Moran, Currier & Ives, and Winslow Homer. Now, of course, one of the reasons prints by these printmakers are valuable is because they made great prints, but still, for these and some other printmakers, there is an extra boost in value simply because their name is associated with the print. As an example, there are a number of very fine popular lithographs issued in the nineteenth century by other publishers besides Currier & Ives, but if one compared one of their prints of equal quality, size, scarcity, etc. to a Currier & Ives print, the latter would be priced higher.

There are a few final secondary determinates of value to consider. The quality of a print, in terms of the art and/or craftsmanship, does increase the value of a print, but for non-fine art prints this is definitely not a primary factor in pricing. Likewise, the condition of a print is important for pricing, but less for commercial prints than for fine art prints. Fine art prints were generally, from the time they were issued, treated as something “special,” as objects to be handled carefully and the appearance of which was particularly important. Thus many fine art prints have been kept in excellent condition and generally collectors want them only if they are without significant blemishes. 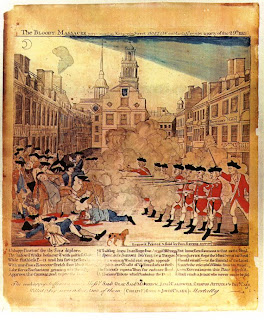