Many nineteenth-century prints were “frameable” prints issued as separate sheets, and many others were published as parts of portfolios, books or magazines. One of the most common type of nineteenth-century print, however, is the wood engraved image from the illustrated newspapers that were published from the 1840s to the end of the century. These prints were issued in the tens of thousands and are fairly common in print shops, flea markets, bookshops, and at auctions. The fact that they were issued in newspapers and their relative lack of scarcity means that they are often dismissed by print collectors, but they are in fact wonderful antique prints the worth of which is obvious when one judges them for what they are, not for what they are not.

Newspapers illustrated with wood engravings became hugely popular beginning around the middle of the nineteenth century. The advent of these journals followed a number of developments which made it practical to produce a newspaper filled with illustrations. First, wood engraving was a relief process, so the images could be printed from the same presses, and even on the same page as typeface. Secondly, procedures were developed which made it quick and easy to go from a manuscript drawing to a print, and then steel facing allowed for the production of thousands of images from the engraved woodblocks. 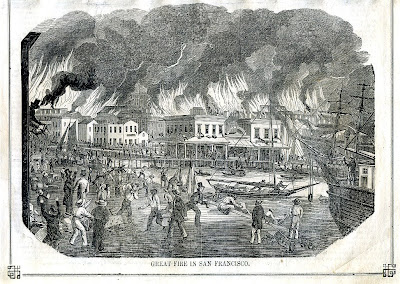 The success of these newspapers lay in their illustrations. These images were wide-ranging in their coverage of events, places, things and persons of interest to the readers, and they were extremely timely in their appearance, often being issued within two weeks of when the images were first drawn. Readers found it new and exciting to be able to have, within days and at an affordable price, a first-hand view of a disaster from across the country, to gaze on an image of a just constructed bridge, or to see contemporary pictures of far-away cities or countries.

The prints produced in the nineteenth-century illustrated newspapers were comprehensive in subject and ubiquitous, with the most successful weeklies having press runs of well over 100,000 for each issue. The fact that these prints were “merely” illustrations in a newspaper and were issued in huge numbers has led some to dismiss them as unworthy of study or ownership. This is a real mistake. 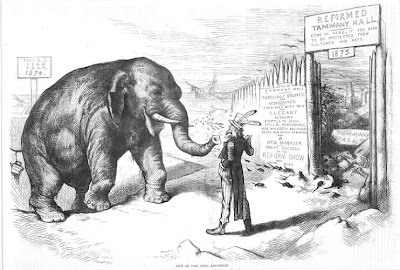 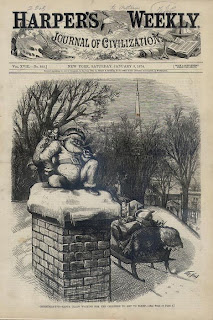 The quality of the engraving is generally very good and many of the drawings were by skilled artists. For some important American artists, illustrated newspapers gave them a start on their careers and many of their important images were published in this format. Artists such as Theodor R. Davis, F.O.C. Darley, Charles Graham, A.B. Frost, and Frederic Remington all produced fine images which were intended to be produced as illustrations for newspapers. Thomas Nast is one of the most influential American artists of the century, both for his prototype images of Santa Claus, but also for political cartoons, which not only created the classic symbols of the Democratic and Republication parties—-the donkey and the elephant-—but also had a huge impact on the politics of his time-—Nast's political cartoons in Harper's are credited with helping to bring down “Boss” Tweed of Tammany Hall. 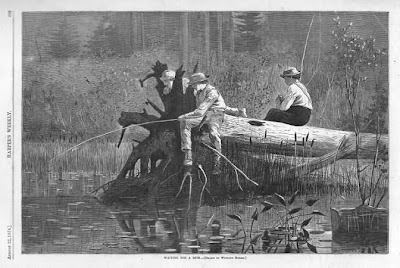 Another figure who produced an important body of illustrated newspaper prints was Winslow Homer. Like Thomas Nast, Homer gained his early experience as a Harper's staff artist working on the Civil War battlefield. He then went on to produce a series of classic images of American life in the 1860s and 1870s. These prints were not simply copies of paintings, but were images originally drawn by Homer specifically to appear as wood engraved illustrations in Harper’s Weekly. These are “original Winslow Homer” prints, which while more expensive than most other newspaper illustrations, are still very affordable. 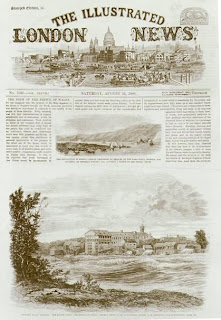 Beyond the artistic quality of the prints that appeared in these newspapers, they are also important because they often are the most accurate and current images done of their subjects, and in some cases these are the only contemporary images of the people, buildings, and events depicted. There were often separately issued prints of the most famous individuals, the most spectacular disasters, the most substantial new structures, the most significant political events, and the most populous cities, but there were thousands of people, events, structures, towns and cities for which illustrated newspaper prints were the only contemporary images ever done. 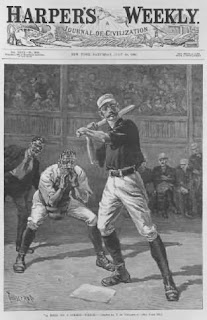 One area of particular interest to me are images of sports such as baseball, football, cricket, polo, rowing, and tennis in the earliest days of their development. With very few exceptions, there are no separately issued prints of these sports from before about the turn of the century. However, illustrated newspapers were filled with such images. Like Homer's prints, the sports prints from the newspapers tend to sell for more than other subjects, but they still are both affordable and some of the earliest images one can own of these sports.

Our understanding of nineteenth century America would be far poorer without the existence of the prints from illustrated newspapers. Though in the past often dismissed by scholars, they are now being appreciated for their documentary importance and more and more print references on particular topics (such as my recent publication, Panorama of Pittsburgh

, on nineteenth-century views of Pittsburgh) are taking these prints into account. Also, whatever subject from this period one is interested in, there is likely to be at least a few reasonably priced images one can find. These are thus images that print collectors should be aware of and they can be wonderful and affordable prints to add to ones collection.

Labels: Collecting, Tips for buyers and collectors, What is a print