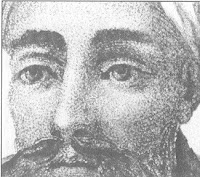 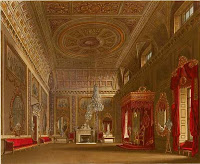 An aquatint is created by etching sections (rather than lines) of a plate in order to create areas of uniform tone. An aquatint is prepared by applying resin or a similar ground to a metal plate, which is then heated, thus adhering the ground to the metal. This gives a roughness or grain to the plate which adds texture to the image. The plate is then immersed in an acid bath, which bites or etches the plate and creates areas which will hold the ink. The design is created with gradations of tone achieved through repeated acid baths combined with varnish used to stop out areas of lighter tone. Aquatint is an intaglio process, so prints made in this manner will have a platemark. Aquatinting, with its areas of tone, was often used to duplicate the feel of a watercolor. Some etching was frequently used in an aquatint print to create linear elements in the image. Aquatints were invented by Jean Baptiste Le Prince around 1768, but became especially popular among British printmakers in the first part of the nineteenth century. 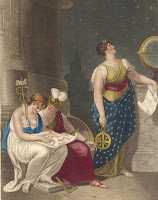 A stipple print is created from a metal plate upon which the design has been produced using different sized small dots grouped more or less closely together in order to create areas of tone. A stipple etching is made in the same manner as a line etching, except that the design is composed in the waxy ground with dots created by an etching needle or some other tool. A stipple engraving is created in the same manner as a line engraving, except the design is engraved into the plate using dots made with a stippling burin. Stipple is an intaglio process, so prints made in this manner will have a platemark. Stipple was used occasionally as early as the fifteenth century, but became popular in the last decade of the eighteenth century. 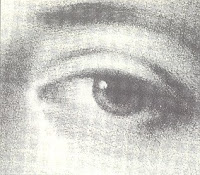 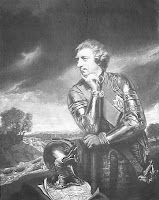 Mezzotint can be thought of as the inverse of the other intaglio processes, for a mezzotint design is created working from black to white, rather than vice versa. In a mezzotint the metal plate is worked using a rocker, which roughens the entire surface of the plate with tiny holes and burrs. If the plate were printed at this time the image would be completely velvet black. Areas that are to appear in lighter tones or in white are smoothed out on the surface so that they will hold less ink. Mezzotint is an intaglio process, so prints made in this manner will have a platemark. The mezzotint process makes a very richly textured image and was used particularly for portraits. Mezzotint was invented by a German soldier named Ludwig von Siegen around 1642 but was refined later in that century by Abraham Blooteling. Used primarily in the eighteenth century, it was especially popular in England and was often called la manière anglaise.
Posted by Chris Lane at 10:15 AM