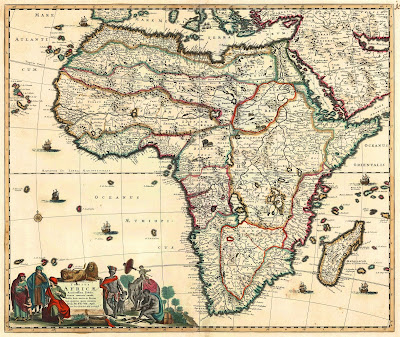 Antique maps of Africa are an excellent choice for both novice and expert map collectors. Maps of Africa show wonderful (albeit often inaccurate) detail. The relatively late exploration of the continent by Europeans and the ever-changing colonial boundaries mean that maps only a few years apart can show vastly different pictures of the continent. Maps of Africa are also less in demand than some other areas of the world, allowing people to acquire great pieces of history and art at very reasonable prices. One of the interesting things about maps of Africa is the relatively fluid use of terms describing regions and states. A term used for one area on a 1770s map can be found referring to a wholly different region thousands of miles away on a 1780s map and so on up until quite recently. There are quite a few of these terms, many of which appear briefly and then disappear or were only used by one cartographer. However, there are four regional terms that had significant staying power through the years and through the coming and going of different cartographic minds. These terms defined Africa for hundreds and in some cases thousands of years, and are still found on maps today. Many should be familiar even to those without much knowledge of African history; they are Guinea, Congo, Ethiopia and Libya. 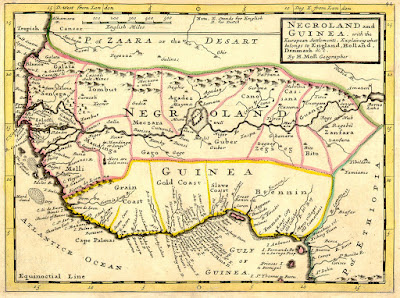