Any regular reader of this blog will know that I am very interested in prints of the American West from the illustrated newspapers of the nineteenth century. In my continuing research on the subject I came across what I think is fascinating story about a remarkable woman. It is more about the personalities involved than the prints, but still I think the story is appropriate for this blog 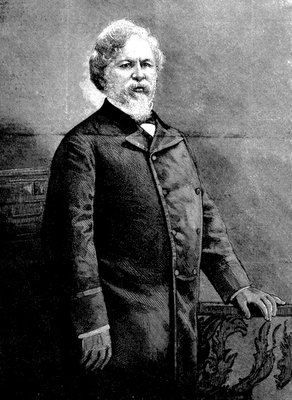 Frank Leslie, born in England as Henry Carter, began his career as an artist and engraver for the Illustrated London News. In 1848, at age 27, Leslie emigrated to America where he soon began work for Gleason’s Pictorial in Boston. He then moved to New York City to work as an engraver for P.T. Barnum’s Illustrated News, but that paper folded shortly thereafter. At that stage, Leslie decided he would do his own publishing.

Guided by his famous motto “Never shoot over the reader’s head,” Leslie was very successful as a publisher. Beginning with his first publication, The Gazette of Fashion, and until his death in 1880, he published over twenty periodicals and seventy books. The most successful of his publications was Frank Leslie’s Illustrated Newspaper (1855-1922).

About the time Leslie started that paper, the American West was opening up and becoming a subject of great interest to the public in America and overseas. Thus American and British newspapers began to send artists to the West to document this frontier for their readers. Just a few months after the transcontinental railroad was completed in 1869, Frank Leslie sent Joseph Becker from New York to San Francisco and back by train to document this nation-changing trip.

Less than a decade later, Leslie decided he would make a grand tour of the West. Robert Taft wrote that “the nes plus ultra in the way of pictorial excursions to the West…was that of no less a person than Frank Leslie himself in the spring and summer of 1877.” Leslie brought along two correspondents, two artists, a photographer, some family friends and his wife, Miriam Leslie. It is Mrs. Leslie, as remarkable a personage as her husband, who is the focus of this story. 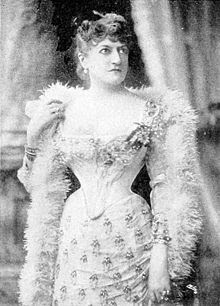 Born in 1836 as Miriam Florence Folline, by 1877 Mrs. Leslie was a highly educated woman, speaking four languages, and mainstay of New York social life. However, her early life was less highfalutin and, indeed, rather colorful. At age 21, Miriam she fell for a jeweler’s clerk named David Charles Peacock, and when her mother found out, Peacock was threatened with jail on a charge of seduction and forced to marry Miriam. No child appeared and soon the couple separated, the marriage (the first of four for Miriam) being annulled. 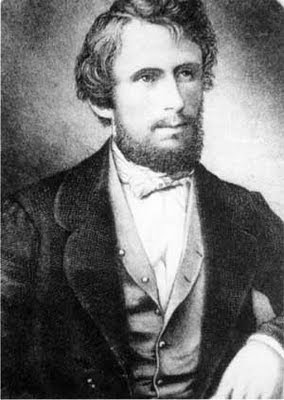 After a short career on stage, as part of the “Montez sisters” with Lola Montez, Miriam moved up in the world when she met and enchanted Ephraim G. Squier, an archaeologist and wealthy businessman. They were married in 1857 and Miriam moved easily into New York City society.

Ephraim and Miriam were both drawn into the circle of Frank Leslie, with the former becoming editor of the Illustrated Newspaper in 1861. At this time, Leslie separated from his wife and moved in with Ephraim and Miriam. Two years later, Miriam became editor of Leslie’s Lady’s Magazine. In this period, Miriam and Frank developed more than a business relationship. In 1867, the three, then a rather notorious ménage a trios, went on a trip to Europe. Frank tipped off old British creditors of Ephraim’s, who was promptly was arrested for debt when they landed in Liverpool, allowing Frank and Miriam free reign to enjoy their time together before they bailed Ephraim out of jail a few weeks later. 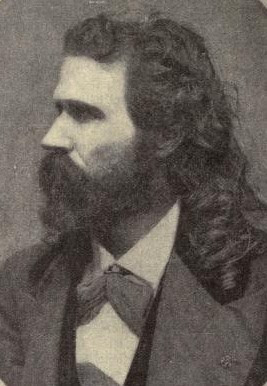 Frank and Miriam soon both divorced and were then married on July 13, 1874. Miriam, however, continued her colorful ways, for it is said that it was on their honeymoon that Miriam met author Joaquin Miller, with whom she began an affair; the main character in Miller’s book The One Fair Woman is supposed to be modeled on Miriam.

Miriam, of course, went along with Frank on the trans-continental excursion of 1877, writing a book on her experiences, Pleasure Trip from Gotham to the Golden Gate. Her narrative is often insightful, but also from time to time lacking in tack. In particular, Mrs. Leslie was not impressed with the burgeoning mining town of Virginia City. She wrote “To call a place dreary, desolate, homeless, uncomfortable, and wicked is a good deal, but to call it God forsaken is a good deal more, and in a tolerably large experience of this world’s wonders, we never found a place better deserving the title than Virginia City.” Not satisfied with this, she finishing up by remarking that “The population is largely masculine, very few women, except of the worst class, and as few children." 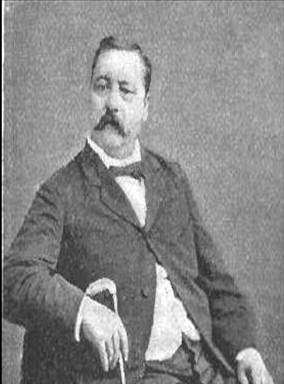 R.M. Daggett, the editor of Virginia City’s Daily Territorial Enterprise, was not amused. He thus assiduously gathered all the dirt on the Leslies he could, and on July 14, 1878, issued his paper with a full front page article headlined: “Our Female Slanderer. Mrs. Frank Leslie’s Book Scandalizing The Families of Virginia City—The History Of The Authoress—A Life Drama of Crime and Licentiousness—Startling Developments.” This vicious article detailed with glee Miriam’s scandalous life, both true and alleged, including an illegitimate birth, shot-gun wedding, time on the stage, extra-marital affairs, and her divorce from E.G. Squier, which was said to have sent him to a lunatic asylum. 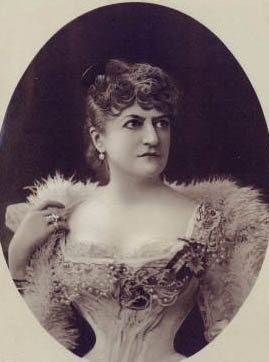 Miriam’s remarkable life continued well past this notorious episode. When Frank Leslie died in 1880, deeply in debt, Miriam took over the business and put it on sound footing. She even had her name changed legally to Frank Leslie in 1881, successfully running the publishing house until she sold her interest in 1902. Meanwhile, in 1891, on a trip overseas, she married Willie Wilde, a brother of Oscar Wilde, who she subsequently divorced just two years later. Miriam died in 1914, at age 78, and left half her estate to Carrie Chapman Catt for “the cause of Woman’s Suffrage.”
Posted by Chris Lane at 1:14 PM