The American West in illustrated newspapers 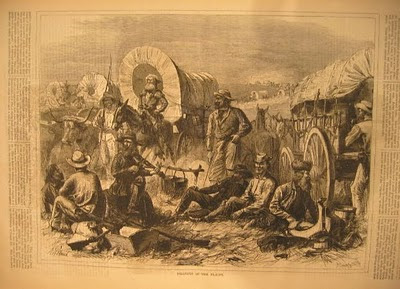 By 1848, the United States had expanded to encompass the entire central part of the North American continent between the Atlantic and Pacific Oceans and the attention of Americans began to turn to the vast trans-Mississippi West. The emigrants to Oregon and the California gold rush from the 1840s were joined at the end of the next decade by those heading to the Pike’s Peak gold fields or the Comstock Lode. The end of the Civil War saw the building of railroads across and around the West, a region which attracted new emigrants who were at loose ends after the war or simply looking for new opportunities. 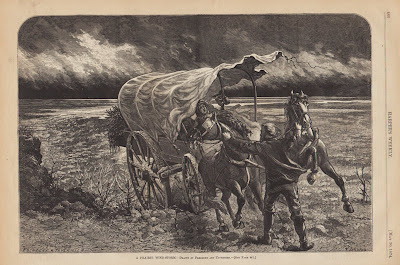 The trans-Mississippi West was essentially unknown to Americans when Thomas Jefferson purchased the French Louisiana territory in 1803, and it slowly revealed its secrets beginning with the Lewis & Clark expedition, followed over the years by other government and private explorations. The economic and political need to build a trans-continental railroad generated a spate of exploring parties across the plains and Rocky Mountains in the years before the Civil War, which resulted in a number of publications containing some of the first views of the West available to Americans east of the Mississippi. 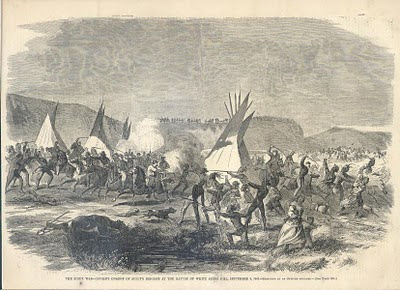 As the reports of explorers, emigrants and travelers to the West trickled back east, Americans developed a fascination with this “wild” and far-away U.S. territory. However, first-hand images were hard to come by. There were the illustrations in the government railroad survey reports and in a few view portfolios produced for the elite by artists such as Karl Bodmer and George Catlin. These sources for images of the West, however, were limited in number and scope. Most of the general public did not have access to many, if any, of these views and there were many aspects of life in the region not pictured at all in these sources, which thus did not really meet the demand of Americans to have images of the West. 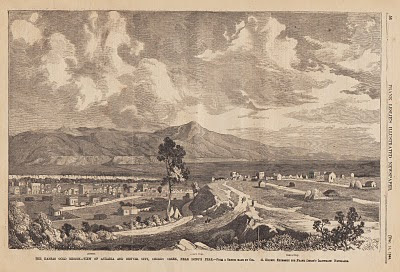 This demand, however, was well met by a wonderful series of images published in popular illustrated newspapers. This type of newspaper first appeared with The Illustrated London News, founded in 1842, and in the 1850s, a number of American papers followed, becoming hugely popular by the 1860s and 70s. The success of these newspapers lay in their wood-engraved illustrations. These prints were wide-ranging in their coverage of events, places, things and persons of interest to the readers, and they were extremely timely in their appearance, often being issued within two weeks of when the images were first drawn. Readers found it new and exciting to be able to have, within days and at an affordable price, a first-hand view of a disaster from across the country, to gaze on an image of a just constructed bridge, or to see contemporary pictures of far-away places…such as the American West. 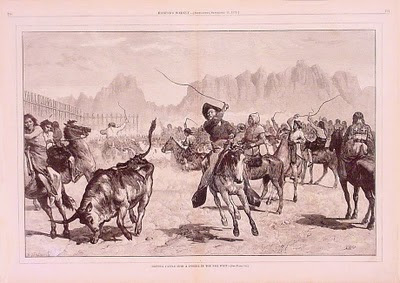 The fact that these prints were “merely” illustrations in a newspaper and were issued in huge numbers has led some to dismiss them as unworthy of study or ownership. However, most of the pictures of the American West from this source were drawn by skilled artists, they are based on first-hand observation, and they provide some of the only contemporary images of these scenes available to readers at the time, and of course, to us today. 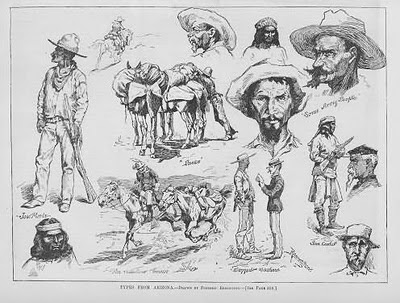 American and British newspapers sent a number of expert artists to the West to document this frontier for their readers. These artists included Frederic Remington, Charles Graham, R.F. Zogbaum, Thomas Moran, Paul Frenzeny and Jules Tavernier. Not only were events and places depicted, but the quotidian events of emigrants and settlers were also pictured, providing a rich, contemporary, generally accurate, and unique collage of nineteenth century life in the American West.
Posted by Chris Lane at 11:00 AM