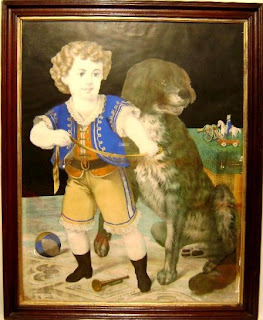 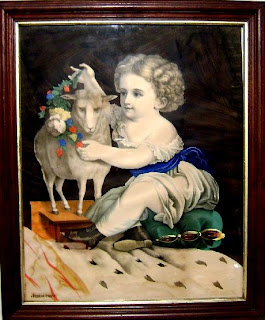 If you look at enough old prints, you will from time to time come across an interesting print with a black painted border or background. These are typically large folio, brightly colored and of somewhat crude in appearance. I have been quite interested in these prints and have tried to figure out the story behind them. Though I'm sure I don’t have the whole story, I think I have a reasonable handle on their history. 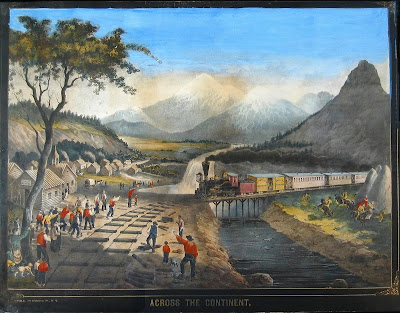 Most of the prints you find of this sort are by a New York publisher, H. Schile, who produced prints around the 1870s, including the wonderul "Across the Continent" pictured above. It is likely the Schile was a German immigrant and he certainly aimed his prints at the recent immigrant population, much of it German. By 1860, about 1.3 million German-born immigrants lived in the United States and the flow continued over the next couple decades, the 1880s being the decade of heaviest German immigration in the nineteenth century. Many of these immigrants from Europe settled in New York City and while few became rich, they were generally hard-working people who established a modest yet comfortable life style. In their neat apartments and homes they would naturally want decoration and Schile designed his prints both to reflect the culture and history of the New World, but in a style which they would find familiar.. 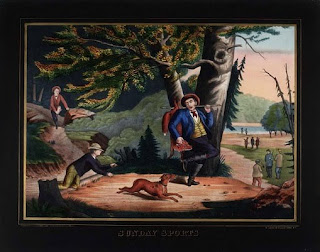 Of Schile and his prints, Harry Peters, in his American on Stone, says the following: 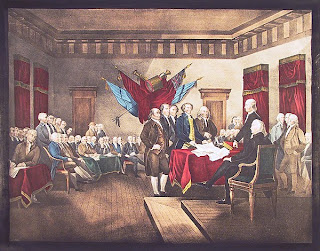 “Though often German in source or character, often bearing titles in foreign languages, for the convenience of immigrants, and invariably and outrageously crude in conception, composition, drawing and lithography, Schile’s prints are undoubtedly American in spirit, because they so vividly represent the ‘melting pot’ from which they came for which they were made.” (p. 358) 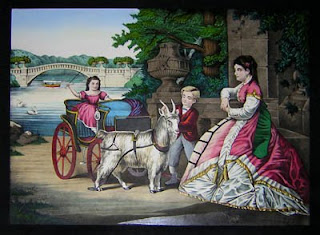 “If the families of the trim, white isolated houses of New England had their Kellogg sentimentals, the swarming tenements of New York had their Schile heart throbs, and though the craftsmanship was miles apart, the essential appeal was the same.” (p. 359) 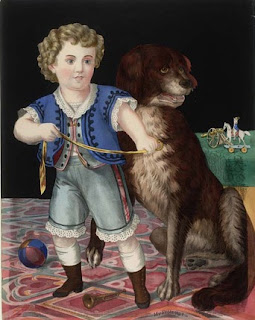 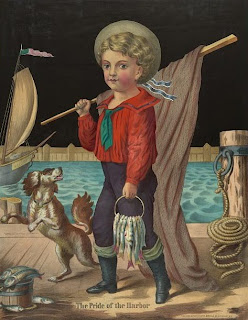 The black bordered prints seems to be in a style that was familiar and appealing to the immigrants, so many of Schile’s prints were issued in that format (some of his prints appeared both with and without the black borders). 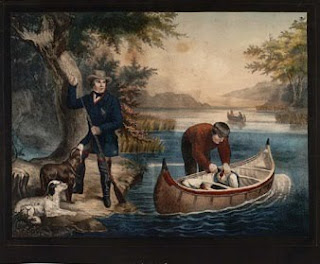 Another German immigrant publisher who produced prints with the black borders was the New York publisher Max, Jacoby & Zellner. Among their prints were a series of hunting scenes (ripped off from Currier & Ives images), as well as views such as a print of Niagara Falls. Some of their prints have the indication that they were made in Germany. 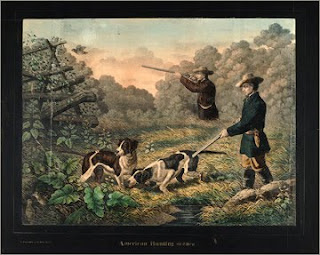 Another publisher who produced hunting prints with black borders (also mirroring Currier & Ives images) is E. Foerster Company, supposedly of New York. I can find no information on this firm, which is not listed at all by Peters, so it is at least possible that Foerster was a German publisher trying to branch out into the New York market, with the prints made in Germany, as seems to be the case with the Max, Jacoby & Zellner prints which Foerster’s prints look much like. 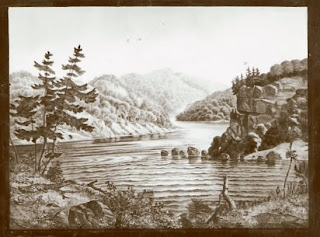 There is a wonderful view of the Whirlpool near Niagara in the Penney Collection (at the Castellani Art Museum) which has a black border and which is listed as being produced by F. Silber of Berlin. Silber was a German publisher who did sell a number of prints (including some with black borders) in this country, so it seems not unlikely there was a similar Germany-New York connection for both Max, Jacoby & Zellner and Foerster. Such a connection may also apply to Schile’s prints, but I have not seen one that indicates it was produced in Germany. 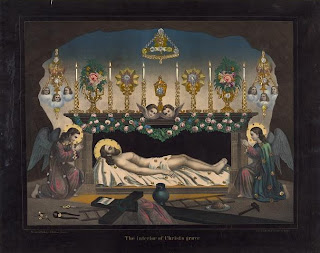 In any case, these are very attractive and unusual prints, the study of which gives us some insight into the home environment of immigrant Americans in the second part of the nineteenth century. It is a subject I continue to try to learn more about, so if any reader has come across an example or has any further information, I'd love to hear from you.
Posted by Chris Lane at 8:00 AM