At the Print Shop, we often get questions like, “Is this an original or just a print?” Of course, the answer is, “It is both, an original and a print.” As discussed in Part I of “What is a print?”, in the sense I am using the term, a print is a piece of paper on which a design has been imprinted from a matrix made of some selected medium, usually stone, wood, or metal. An original print is one printed from a matrix on which the design was created by hand. This contrasts with a reproduction where the design on the matrix was produced by some sort of photomechanical process or the print was made directly from digital information without an intervening matrix. 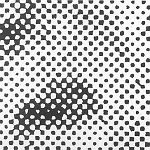 Reproductions do not have the same inherent value as originals and should not be sold for anything like the same price. An original print has value both because of its appearance and quality (which reproductions can replicate to some extent), and also as an historic artifact. Being hand-made, original prints are intimately connected with the printmakers, and being issued in a particular historic context, they have meaning as artifacts from our history. Prints had an impact in the time they were first published and as such are part of our past. Reproductions can echo that history, but they are not part of that history.

Also, reproductions are something that essentially can be duplicated, whereas originals have a unique identity. One can never recreate the exact same original, making an identical historic artifact, for even if one exactly duplicates the process, there will be a difference in the context in which the copy is made. The essence of a reproduction, however, is not the context in which it is produced, but how closely it copies the original. This can be duplicated over and over. 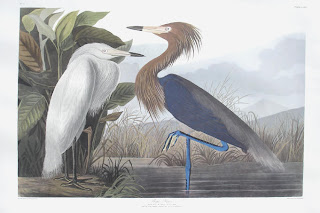 Consider, for instance, facsimiles of John James Audubon’s double elephant prints from his Birds of America. Since the 1970s, almost a dozen different series of full-size facsimiles have been produced. (Visit Ron Flynn’s excellent article on Audubon facsimiles to read more about these series) These prints were produced by different processes and generally the results are quite good. It can be difficult to tell a facsimile from an original if the print is in a frame (the watermark in the paper is about the only really fool-proof way to determine an original). As the original aquatints can be very expensive (a number sell for in the six figures) and as there is nothing else like them visually, it is terrific that these high-quality facsimiles are around for those who want the look without the cost.

However, there is the question of their value. Some of these facsimiles have been sold for very large prices and that, to my mind, is not a good thing. These are sometimes sold as “collectible” or “rare,” with the implication being that their value should be high. Does that make sense? I think not. The problem is that any reproduction can be redone with the same or better quality and the new reproduction will be just as good (or better) than the earlier one. The value of a reproduction doesn’t come from its being a historic artifact, but rather from how well it duplicates the appearance and quality of the original. Any reproduction should have the same value as any other reproduction of the same quality and closeness of appearance.

So, if you paid a lot for a particular facsimile because it is rare and well made, but then someone creates a new facsimile of the same quality but at lower price, there is nothing to sustain the value you paid for the older facsimile. New print making techniques (such as giclée) usually mean that new reproductions can be made of excellent quality but sold for a low price, so this is a big risk for anyone paying a high price for a reproduction, no matter how good.

What should you pay for a reproduction? There is a cost to make a good quality reproduction, especially for prints as large as the Audubon prints, and no publisher is going to bother making a series of reproductions unless he can make a profit above those costs. So, basically you should pay a price that includes a reasonable profit on top of production costs. This provides downside protection in case someone comes along with a much cheaper, but just as good quality reproduction, for while production costs might go down in the future, in this way you not are paying an inflated price that includes a “scarcity value” which just might disappear.

Reproductions, then, can be fine things to buy. They let more people have access to the wonderful images found in antique prints at prices they can afford. It is, however, important to know what it is you are buying and not to pay more than what the reproductions are worth.
Posted by Chris Lane at 2:21 PM