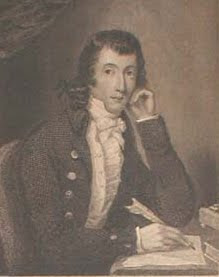 In an earlier blog, I wrote about Alexander Wilson, often called the "father of American ornithology." He earned this sobriquet mainly for his illustrated work on American birds entitled American Ornithology, the first work specifically on the topic. In this blog, I'll look closer at this monumental publication. 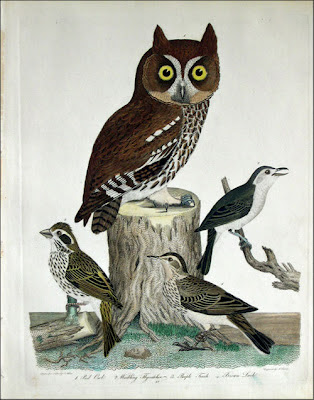 When completed, American Ornithology consisted of nine volumes published in Philadelphia by Bradford and Inskeep between 1808 and 1814 It contained 76 hand colored engravings composed of 320 figures depicting 262 species, including 48 that had never before been recorded. According to one study, this was over three quarters of the bird species that resided in the United States as it was then constituted, a really impressive achievement for the first attempt at an American ornithology.

Typically of illustrated books of the period, this was sold by subscription, where subscribers would get the work in "parts" or "fascicles," which they would then pay for, allowing the author to use that money to produce the next part; this process continuing until the book was finished. 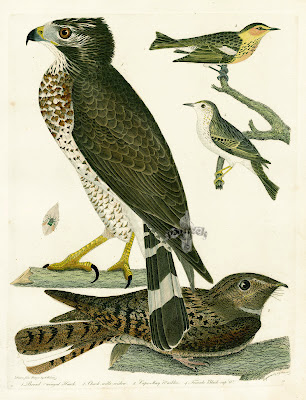 Alexander Wilson was able to sign up just over 450 subscribers, for a total of about $60,000 in orders. However, with all the delays, added costs, and other problems, Wilson never received any significant money from the project and upon his death his estate consisted mostly of just a few copies of his book.

The birds in the American Ornithology were not shown in any scientific order, but essentially in the order Wilson came across them, beginning with the more common and popular birds. Wilson prepared his drawings for each bird based on his field sketches, as well as on studies he made of specimens that he had collected or which were given to him or which he found in the Peale Museum. 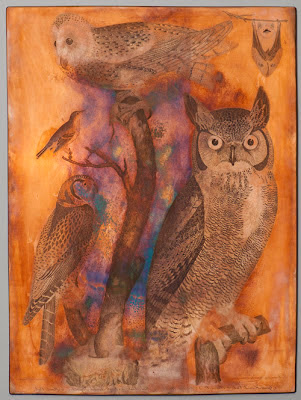 Wilson’s drawings were engraved onto copper plates by a number of engravers, including John G. Warnicke, but mostly by his friend and compatriot Alexander Lawson. Several species were usually put onto a single plate, sometimes quite crammed in, mainly because this was cheaper in terms of the cost of the copper for the plates, but also so Wilson could show more birds within the scope of the proposed work. 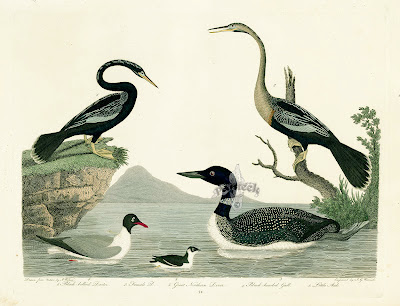 In the book, Wilson included a short description of each bird and often also a longer essay which was based on his extensive observations. Wilson’s text frequently was fairly philosophical, reflecting his poetic background. It really is the writing of an enthusiast rather than a clinical scientist. 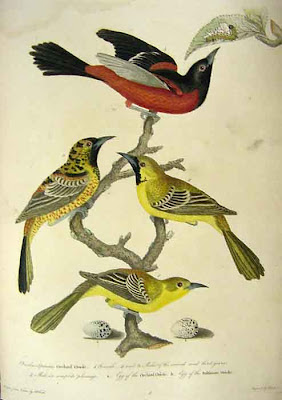 In terms of the prints, Wilson examined each copper plate as it was finished and he also superintended the coloring of each print. In most cases Wilson provided the colorists with specimens to follow. There is a story that on April 18, 1807, when a new plate had come from the engraver and was ready to be color, Wilson could find no sample specimen of the Black-capped nuthatch. Thus, he set off to shoot one of these relatively common birds, but was frustrated in not being able to find one.

For the coloring, Wilson started by using local artists, such as Alexander Rider (who would later be involved with Bonaparte’s supplement), but he then switched to amateur or untrained artists who would follow his directions more closely. One of these was Charles Robert Leslie, who moved to England and went on to become a famous artist there. 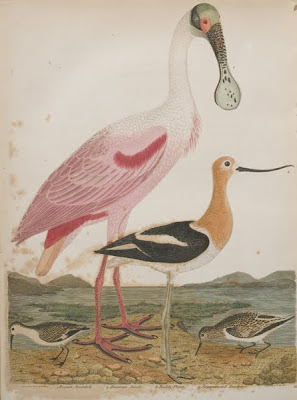 Wilson was very concerned about the color accuracy of his prints and he felt that sometimes the use of a black ink would have negatively affected the appearance of the bird in the print, so he experimented with printing areas of some of the prints in different colored ink. For instance, the Library Company of Philadelphia has a nice example of the “Roseate Spoonbill” which has the body of the bird printed with a red ink. [Click here to see more information on this print and the color printing]

If one is used to looking at the dramatic and imposing double-elephant folio prints of John James Audubon, then Wilson's small folio images might seem tame and unimpressive. However, they are really charming images, teaming with a variety of birds, their unusual appearance fascinatingly explained by the history of the work from whence they came. 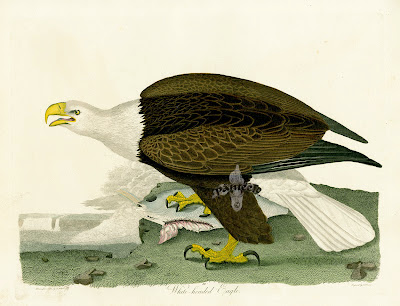 The price range on Wilson prints is very moderate, especially when compared to those of Audubon, and really given their unique aesthetic appeal and historical significance, they are, in my opinion, rather under appreciated and priced. I think there are few, if any, antique prints that are a better value and I would recommend these for anyone interested in bird prints.