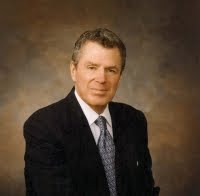 I just learned of the passing, on December 9, of one of the superstars of the print world, Peter C. Marzio. Peter was the director of the Museum of Fine Arts in Houston, a post he held for almost three decades, and he was instrumental in helping build the museum into a world-class cultural center. He died last Thursday from cancer at age 67, much too soon.

Peter's was something of a rags to riches story. He was born into a working-class immigrant family, becoming the first in his family to graduate from High School. At Juniata College he became inspired by the art and museum world, deciding to make this his career. He went on to earn a doctorate in art and American history from the University of Chicago. He served as curator of prints and drawings at the Smithsonian and then as director and chief executive officer of the Corcoran Gallery of Art, before becoming the director in Houston.

Peter is best known to the general public for his art scholarship, educational programs and for his dynamic leadership of the Museum of Fine Arts, Houston. However, for those in the print world, Peter is "the man" when it came to chromolithography. As I have mentioned many times in this blog, I think chromolithographs of the nineteenth century are among the most interesting and over-looked American prints and it was Peter's work which turned me on to these wonderful prints. 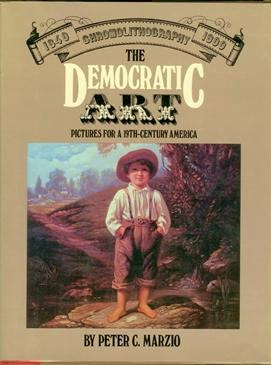 In 1979, while director at the Corcoran, Peter Marzio wrote his superb book on American chromolithographs, The Democratic Art. Pictures for a 19th-Century America,

, as well as curated an exhibition on the subject at the Amon Carter Museum of Western Art. This was the first time that a serious work on American 19th-century chromolithographs was published and that a major exhibit on the subject was put on.

The books is tremendous and when I first read it, it opened my eyes as to the fascination and importance of these hitherto overlooked prints. Peter wrote in his preface that "My deepest wish is that this book will help students to see the field of American lithography as worth of research." It certainly has done that, and while Peter contributed a huge amount else to the art world, if this was all he had done, his name would still be one revered among those with an interest in American prints. The world is a poorer place now than before his death, but much richer for his having been in it.
Posted by Chris Lane at 8:00 AM