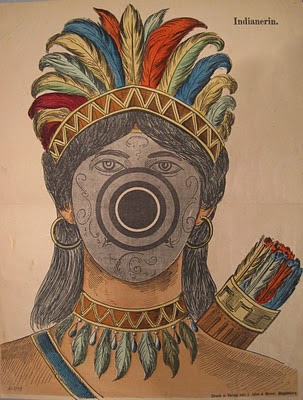 One of the things I love about my profession of antique print & map seller is that I am always running into "new" old prints which I have never seen before and about which there is little or nothing written. It is always a treat to find such an item and then to try to figure out what was going on with it. We recently acquired just such a print, an image of an American Indian with a target stuck right in the middle of his face!

We have never seen anything like this and it seems pretty clear that this is an ephemeral print intended for use as a target. It could be for archery, but given the size of the target, I assume it was for rifle practice. The publisher is J. John & Moser from Magdeburg, Germany, who made postcards and other ephemeral items late in the nineteenth century or right at the beginning of the twentieth. This print appears to be a wood or wax engraving with hand color. It has "No. 2208" in the bottom left corner, so it seems that the firm did other similar prints, maybe a whole series of decorative targets for a German/European audience. 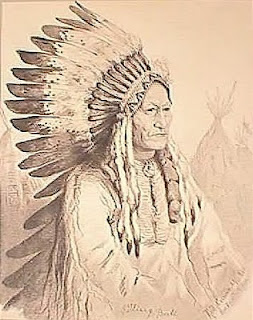 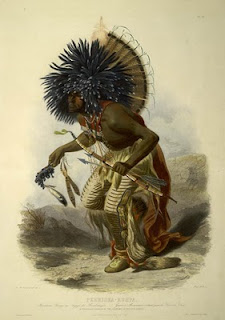 From our experience, the fact that an "Indian target" would be produced in Germany is not at all surprising. The Germans had long been interested in the American west and its "wild Indians." Throughout the nineteenth century, German visitors--tourists, scientists, and artists--traveled about the American west. Prince Maximilian of Wied and Karl Bodmer are probably the most famous, but there were many others such as Rudolph Cronau, who in 1881 was sent to the United States as a special correspondent for the German newspaper Die Gartenlaube. His assignment was to produce a series of articles documenting American landscapes, cities, Native Americans, and life on the frontier, a subject ever popular in Germany. 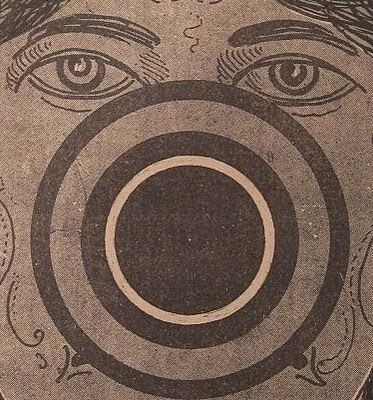 It fascinates me to look at this print and think about how the image of the Indian with a target drawn in the middle of his face reflects German attitudes to Native Americans (and probably that of many others at the time). I can just imagine a marksman dreaming of being on the frontier of America and taking aim at the wild Indian about to attack him. I suppose I may be reading too much into this print, but it certainly is a wonderfully thought-provoking image.
Posted by Chris Lane at 10:52 AM