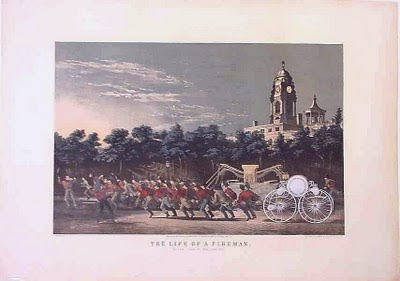 Most prints have margins and on those margins are usually words, images, marks or other features. Today I’ll look at some of these marginal features.

First, a word about prints without margins. When originally issued, antique prints were usually fairly inexpensive, especially compared to paintings, and they were thus often treated without a lot of care or “respect.” It was not at all unusual for prints to be “cut down” in order to fit into a frame, so some prints have no margins simply because they were removed. Other prints, however, were intentionally issued without margins. 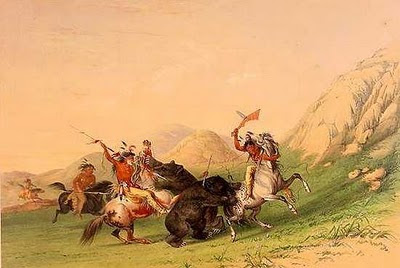 The most common reason for this was that the publisher didn’t want the prints to look like prints, but instead they were intended to have the appearance of either a watercolor or a painting. The general public expects prints to have margins (with title, etc.), so an art work without margins is often assumed to be something else. Some series of prints were issued both in a regular edition, with margins printed with title, etc., and also in a “deluxe” edition, where the image was printed without margins and often mounted onto a backing board for strength (these editions were also often had “deluxe” color). The idea was that these prints could be framed so as to look like watercolors. The Catlin North American Indian Portfolio was an example of a series of prints which were issued both in regular edition and in deluxe edition without margins or imprint. 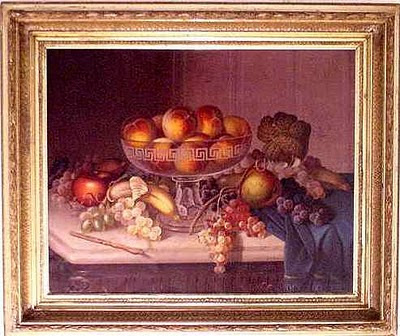 As discussed in another blog,many chromolithographs were produced specifically in order to look like either watercolors or paintings. These prints were generally issued without margins in order to help with the “illusion” of them being what they were not.

Other than these sorts of prints, most antique prints were issued with margins upon which was printed information about the print. Almost universally, prints have the title printed in the bottom margin (except in the case of some “proofs”), and most prints also include the name of the artist and printmaker (engraver, lithographer, etc.). The name of the publisher, with date and place of publication (called the “imprint”), is another bit of information which appears on many prints. All this information is very handy for those who want to know about a print and it is the place to start when researching a print. (One word of warning, however, is that reproductions often copy the imprint of an original print, so the fact that a print says, for instance, “Published by Currier & Ives, 1858,” does not mean the print was published in 1858 nor by Currier & Ives).

A “signed print” is one signed in the margin, in pencil or ink, by the artist and/or engraver of the print. This is a fairly common thing for “fine art” prints, which were often issued in small runs where the artist signed each print to show his approval of the impression. It was in the late nineteenth century, in response to the development of photomechanical reproduction techniques, that this practice became common, used by artists in order to distinguish between original prints and reproductions. Seymour Haden and James McNeil Whistler are usually credited with introducing this practice in the 1880s. Commercial or historical prints were generally not signed in this sense, though proof impressions sometimes were. In either case, an artist’s signature generally adds some value to a print.

A print is said to be signed in the plate or stone if the artist’s signature is incorporated into the matrix and so appears as part of the printed image. This is quite a different thing than a signed print and this adds no value to a print, as all examples of the print will have the same printed signature.

A somewhat similar marginal feature is a “blind stamp” or “chop mark.” This is a printed or embossed seal impressed onto the print as a distinguishing mark. It can be a mark imprinted onto the print by the artist, publisher, institution or a collector.

Numbers can also appear on the margins of prints. These can mean a number of things. First there is the numbers that indicate a “numbered print”, two numbers are separated by a slash, one representing the total number of impressions printed and the other which number impression that particular print is. Like an artist’s signature, this is something which applies mostly to fine art prints of the last hundred years or so.

Another number which can appear in the margin is a “stock number.” This is a catalogue number for the publisher, indicating which print from his inventory this image is. This usually indicates that there was a catalogue or print list with the publisher’s publication number on it, so that a buyer could order, say, prints 34, 125 and 404. Such stock numbers appear on a fair number of prints by Currier & Ives and other popular print publishers of the nineteenth century, and also on many modern prints. 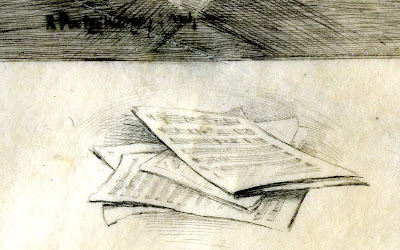 Sometimes one can find a small vignette image printed in the margin of a print. This is called a “remarque.” Originally remarques were scribbled sketches made in the margins of etchings so that the artist could test the plate, his needles, or the strength of the etching acid prior to working on the main image. These remarques were usually removed prior to the first publication of the print. During the etching revival, in the late nineteenth century, remarques became popular as an additional design element in prints and were also used in the creation of remarque proofs. The later remarques are usually related thematically to the main image (so a small etching of a fish might appear in the margin of a print showing fishermen in a boat).

A final feature that sometimes appears in prints is a color bar. This is a band of printed blocks of different colors. These appear on chromolithographs and were used by the printmakers to keep track of which colors had been printed. This was just part of the printmaking process and these color bars were not intended to be a feature of the finished print, but sometimes they were either not trimmed off or were left on as an interesting “feature.” Unfortunately, I do not have an image of a color bar to illustrate, but if you see one you will recognize what it is...
Posted by Chris Lane at 8:00 AM