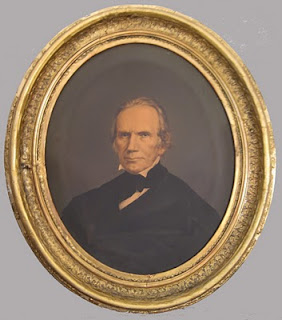 Elijah C. Middleton is widely regarded as one of the pioneers of chromolithography in America. Establishing his engraving firm in Cincinnati at mid-nineteenth-century, Middleton's business benefited from the city's prime location along routes of westward migration. As the city grew, so did a market for printed material - including chromolithographs. Middleton and his partner, W.R. Wallace, ventured from engraving into chromolithography and produced the oldest surviving chromolithograph from Cincinnati (an 1852 certificate for a Cincinnati fire company). Their partnership became the basis for chromo-publishing giant Strobridge & Company, which competed with Ehrgott & Forbiger for prominence in the Cincinnati and Midwestern print markets. 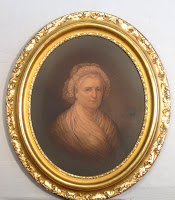 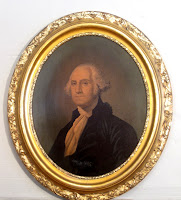 Shortly after Hines Strobridge joined Middleton and Wallace in partnership, Middleton struck out on his own in 1861 as a "Portrait Publisher," advertising his own gallery of printed portraits made with "warranted oil-colors." His finely-rendered portrait of George Washington became an early icon in the world of chromolithography and gained attention as far away as Philadelphia, where lithography giant P.S. Duval commented on Middleton as a competitor. 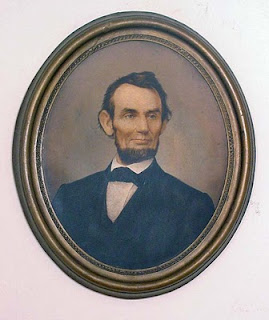 Middleton did portraits of George and Martha Washington, after paintings by Gilbert Stuart, as well as those of contemporary figures such as Daniel Webster, U.S. Grant, and Henry Clay. Desiring an accurate representation of Abraham Lincoln, Middleton actually solicited the President's advice, sending a proof copy of the print and receiving in return a letter from Lincoln with both compliment and critique. The resulting portrait is the only instance in which Lincoln is known to have advised the artist for one of his portraits. The Lincoln print was popular enough that it was reissued by Thomas Bising and Herman Gerlach when they took over Middleton's firm around 1867, advertising themselves as his successors.
Posted by Chris Lane at 8:00 AM